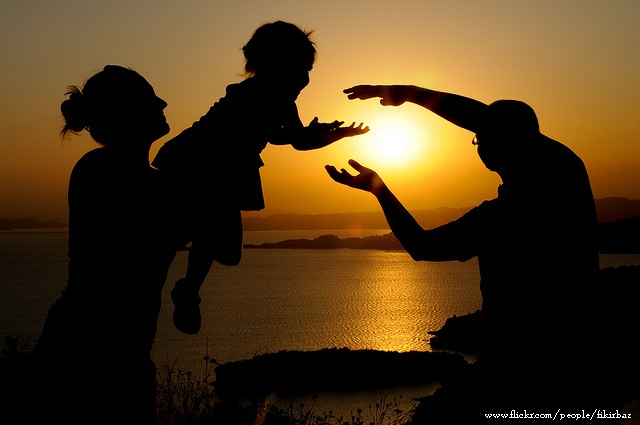 1. Obstacles might seem like wild animals but in reality they are cowards in front of my courageous glare

Obstacles are formidable in appearance, greater in size and wilder in character in front of our timid and weaker spirit. Obstacles and difficulties are inevitable; however, getting frightened is our choice. Success is not determined by obstacles rather our reaction towards them. Apparently, they may seem gigantic but they crumble or disappear in front of our courageous spirit and unwavering faith.

Japanese engineer and industrialist Soichiro Honda wrote his own success story in spite of obstinate obstacles that consistently fenced around him. He invested his every bit of fortune in his tiny workshop where he would work day in and day out, developing his concept of a piston ring that he dreamed to sell to Toyota Corporation. When he finally presented his invention to Toyota, they rejected it immediately saying it wasn’t worth accepting. His years of consistent hard work, money and energy went in vain. He was laughed at by his fellow student and teachers for his absurd design.
After a lot of additional hard work, he finally got a call from Toyota and was offered the contract. Now he had to build a factory for further work and it was the time when the World War two broke. The Japanese government declined his demand of concrete required for building the factory. Instead of wasting time on regretting, he developed his own techniques to create concrete and continued his work. His building was destroyed twice in heavy bombardment of the war but he stood tall with his courage and dared to repair it. Finally, his factory was completely smashed by earthquake.
Did he give up?

Honda was determined to continue his journey regardless of obstacles by staying focused and standing firm on his principles. After the world war, Japan faced terrific gasoline shortage for which the Japanese had to use alternatives to travel. To get rid of the problem, Honda used a strategy – he created a motorized bike by attaching a small motor to his bicycle to bring food for his family. His motorized bikes became instant hit among his neighbors who requested him to build more such bikes and the demand ever increased. When he decided to establish factory to produce motors, he couldn’t collect enough money to invest. Did he give up here?
He wrote personal letter to 18,000 bicycle shop owners across Japan among which about 5000 owners were convinced by his invention and provided him with the capital. Today, Honda is known to be one of the biggest car-making empires in Japan and has more than 100,000 employees working across the United States and Japan. He beat every obstacle by his perseverance, determination and unwavering faith in his decisions.

2. Distinctive ideas are special gifts but without action these gifts will remain vain ornamentation of mind

Action is of paramount significance as it is an investment for actualizing your vision and delineating your identity of who you are. If your noble intention, desire or brilliant ideas are not translated into action, then they will remain idle possessions, only to embellish your mind to show-off. The secret of reaching your goal is to get started to break the fallacies about intricacy of tasks required to take. It’s action that makes you wiser and determines your importance.

Well-done is far better than well-said. Inch of action is better than masses of theory and speculation. Long-term risk is better than comfortable inaction. The genuine adventurous journey doesn’t start in seeking rather in taking steps towards it. You might have seen and met people who succeeded on the idea which you had in your mind. What’s the difference between them and you – Lack of talent, skill, special gift, technology or opportunity?

Determination to take ACTION is their secret to success. Successful people might not envision the exact destination; they might not have error proof plans to work on; however, they know the significance of taking consistent ACTION. They fail oftentimes but keep trying.

3. Regardless of who I am, I am capable of creating history

If you consider greatest inventions or discoveries, you will end up knowing about the audacious initiations of the greatest creators – Scientists, Philosophers, Artists, Thinkers, and innovators who continued to undertake unique ventures on their unborrowed vision by walking on fire irrespective of consequences. They were little deaf towards the ruthless denunciation or condemnation, a little blind to the difficulties and completely impotent or helpless to their irresistible aspiration for creating something distinctive. Nothing could keep them from putting their confidence and devotion into their ideas.
Be well-equipped with courageous spirit, and never-give-up attitude for the blend of thrilling, fascinating and infuriating experience – consistent rejection, painful reception and unbearable suffering on the way.

German mechanical engineer Karl Friedrich Benz, who is best known as the inventor of the gasoline-powered automobile, was the first person to design a functioning automobile powered by an internal-combustion engine. In 1880, when people couldn’t imagine any carriage without horses, he dreamed of making one. He worked on his concept and designed his first “horseless carriage”- a tiller-controlled three-wheel steel-frame wagon that was powered by an internal combustion engine, and patented his Motor wagon in 1886. His car was largely promoted by his wife Bertha Benz who drew worldwide attention in 1888 by covering the long distance of 100 kilometers in her husband’s invention. If Karl hadn’t worked on the idea, someone else would have worked on it and taken the credit.
We are all no different than Karl and Bertha. We are capable of creating history. It is far better to attempt until the last breath than to celebrate others’ accomplishment on your ideas.

4.The people or difficulties whose influences are stronger on me are chosen by me – it can make me an extraordinarily successful employee or a remarkable boss.

Earnest searching for a scapegoat for your inadequate-self or cursing circumstances might be the optimum strategy for shielding the tender heart from sensing the truth but that momentum luxury ultimately leads you to even more devastating state of confrontation – inability to accomplish your own art by shouldering accountability for every endeavor. People around can only ATTEMPT to construct or destruct you but that’s not a matter of supreme concern; what matters is whether you allow them to progress in their mission. Blaming others surfaces your lack of concentration in your actions.
Indulge in self-reproach and you will feel the great tranquility of heart for not using others’ vehicle to park your blunders and will have time to invest your energy in your distinctive creation.

The Wright brothers were criticized and laughed at their absurd and unrealistic idea of flying. They had been through difficulties, denunciation and defeats and depression but never let anybody’s negative influence rule over them. Finally they succeeded.
Remember, adventurous voyages are always full of treacherous and whimsy weather that sometimes become difficult by some morons who keep popping up to discourage and distract your focus but it is your decision to admit defeat to their indiscretions or bend them to your will.

5. Thanks to my noble failures that invigorated me with distinctive experiences, strength and courage that all together served me towards my eminent accomplishments

Failures are the constant stream of blessings that revitalize you with superior knowledge, enlarged inner vision, audacious spirit, and determination to start more intelligently after every fall. Failure is a magnificent motivating force (positive as well as negative) – you can waste yourself in the inevitable discouragements and disappointments in temporary detour of the force and give up or break the limiting force by striving valiantly, and consistently. When you feel your enthusiasm to be fizzling out, initiate your ‘PERSISTENCE’ to lift up the spirit of the journey of greatest accomplishment.

6. The stronger negative phrases – could have been, might have been, and would or should have been – create the saddest synopsis of a life. Therefore, I strongly refuse to their existence.

Could have been, might have been, and would or should have been are most destructive forces that seduce you to indulge yourself into daydreams. Instead of making preferences, or wishing to accomplish them with determination and actions, you will experience how easy it is to really meet them. Wishing is such a waste of time.

Count how many wishes you make and how many decisions you actually take to achieve them. When you wish for something without taking tough decision and action to achieve it, and experience somebody is enjoying the status of your desire, then a painful conflicting metal situation – desperation for having it but not getting – arises in deep within that often surfaces through your negative reactions on insignificant issues.

7. I am made up of amazing variety of imperfections from which my versatile personality emerges

We are actually made up of a variety of flaws, which is obvious and natural part of existence and nature itself is wonderful interpretation of perfect and ideal state intermingled with beauty and imperfections. We make heaps and tons of silly mistakes upon which we later regret but it’s true we learn series of lessons about ourselves; imperfection is the essence of wholesome beauty. Instead of trying to brush off the flaws clinging to you, stitch them together with noble intension and you will see they will shine like starts in you to make you more precious.

“Have patience with all things, but chiefly have patience with yourself. Do not lose courage in considering your own imperfections but instantly set about remedying them – every day begin the task anew.” -Saint Francis de Sale

8. I am not a loser; I have just lost something! I am not a failure; I have rather found out the ways that won’t work

9. I would prefer choosing my outdated or old fashioned passion than taking up the most attractive career of current trend.

Passion is the most powerful force that propels you with enthusiasm, elevates your soul, and ignites your desperation to accomplish your goals. Find out what is that you are tremendously passionate about and work on it instead of getting lost in the crowd with a profession of current trend.
A flame of desire never ends when you are honestly committed towards your passion. Passion creates freedom when you are imprisoned by your negative perceptions, persuades you to fight against tyrannical defeats and win over your give-up feelings.

“There is no greatness without a passion to be great, whether it’s the aspiration of an athlete or an artist, a scientist, a parent, or a businessperson.” – Anthony Robbins

10. Patience. “He that can have patience, can have what he will.” Benjamin Franklin

Nothing great emerges all of a sudden, it takes time, patience and perseverance to succeed at anything. Mel Fisher, an American treasure hunter, discovered more than $400 million worth gold and silver bullion after seven years of searching for an undersea treasure.

Dasarath majhi, who is best known as the Mountain man, slit a hill apart after persistently hammering it for 22 years to shorten the distance from 50km to 10km between Atri and Wazirganj of Bihar, India.