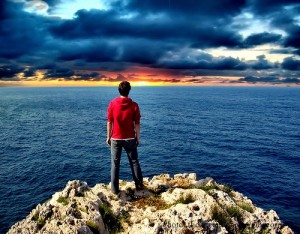 1. Never give up! We are all born to be winners! It just is that some of us have lost the way to success. Winners are people like you and me but what distinguishes them is their master plan to win with strength in tenacity, courage in heart, limitless spirit and focused mind. They are determined to keep on dreaming and accomplishing what they feel they deserve by walking on the most dangerous and difficult path with a series of short perseverance in long term plan to success.

Howard Schultz is an American business mogul who is best known as CEO of the global coffee house Starbucks. His father would do several anonymous jobs such as truck driver, factory worker as taxi driver to support his family. But he encouraged Schultz to dream big and be what he wanted to. Later, Schultz became the first person from his family to attend university education. To accomplish his dreams, he went to several banks with his business plan but his loan applications were turned down because of his poor background. Even after being rejected for over 200 times, he never gave up. Had he given up, Starbucks would not have been in the shape what it looks today.
“It doesn’t really matter how many times you fall, what matters is how many times you get up with craze, and continue the journey toward the destination.” 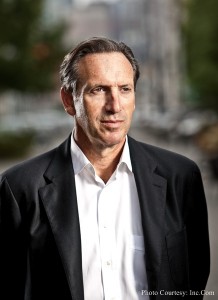 Walt Disney failed in almost every front of his life, went through hellish experiences, suffered from depression, and anger but took his extreme struggle as a road to opportunity and finally reached his destination. He was fired by a newspaper editor who accused him by saying “he lacked imagination and had no good ideas”. He went bankrupt several times before finally building the Disneyland, but his wisdom and never-give-up attitude rewarded him at last. He was rejected by over 300 investors but he didn’t give up. If he had given up, there would be no Disney Land today.

An American physicist and inventor Robert Goddard who is known as the father of modern rocketry found himself to be severely and bitterly criticized and his ideas were rejected by his own scientific peers on the grounds that ‘rocket propulsion would not work in the rarefied atmosphere of outer space’ but he didn’t give up and continued to work on his idea. 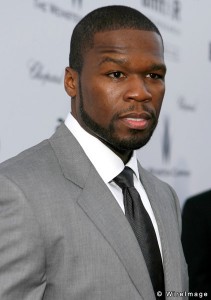 2. Improve your financial condition and get rich; if can’t, then die trying. Curtis James Jackson (50 cent) has sent out the message loud and clear through his first album, “Get rich or die trying”. He was the son of a 15 year old single mother who was forced to work as a drug dealer, and he himself worked as a drug dealer. He was caught as a teen and sent to correctional center but returned a better man determined to change his life. At the age 25, he was shot 9 times, faced his fears but took every chance to improve his life and he successfully did.

Promise yourself to try your best, if Curtis James Jackson could, why not you? If you feel like giving up, read about those great achievers on how they did it. You will feel light and thankful to be blessed with everything required to accomplish.

3. Appreciate what you have instead of complaining because it does not make you smart or sophisticated. Wishing or lamenting over what we don’t have is like letting the valuable time go from our hand with which we can achieve what nobody could. 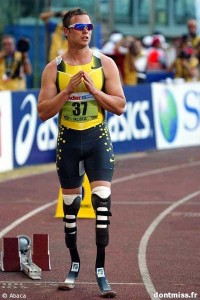 The South African Double-amputee Oscar Pistorius will be the First ever Amputee Track Athlete to Compete at Olympics against able-bodied Athletes. He is known to be the ‘Blade Runner’ and “the fastest man on no legs.” He lost his legs when he was only 11 months old in a rare disease. He had several difficulties to stumble upon (what is saddest to me is that despite of his physical disabilities, he had to face difficulties created by the able-bodied people) but he didn’t give up and will never.

Still you feel you should compliant about your trivial difficulties?

4. Avoid negative people around you. Successful people were always discouraged or criticized by naysayers but they continued their voyage ignoring them. Naysayers will always try to hold you back because they haven’t walked on your shoes and are always in search of a safe and comfortable journey.

5. They dedicate themselves for their passion. Nurture your passion which makes the world go round. Remember, nothing great has ever been achieved without passion. 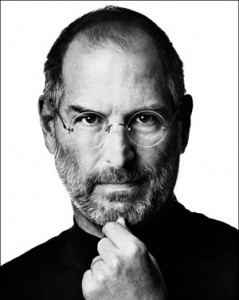 Steve jobs would be the finest example to cite. He was extremely passionate about exploring new technology and distinct design. He nourished his passion so religiously that he made Apple one of the biggest companies in the world. Experts say Apple could be worth US $535 dollars, and there are many who call it to be equal to three Googles and two Microsofts.

“Your work is going to fill a large part of your life, and the only way to be truly satisfied is to do what you believe is great work. And the only way to do great work is to love what you do. If you haven’t found it yet, keep looking. Don’t settle. As with all matters of the heart, you’ll know when you find it. And, like any great relationship, it just gets better and better as the years roll on. So keep looking until you find it. Don’t settle.” – Steve jobs

6. Fail but don’t fear to fail. Dare to take risk and accept challenges; dare to go for impossible; dare to fail better and repeatedly because that’s how successful people find their way of success.

Thomas A. Edison, the most influential scientist in the world, failed over a thousand times but he had no time to think about failure. He kept on working on his questions, actions, and experiments; failure or success was only the answer of the experiments. 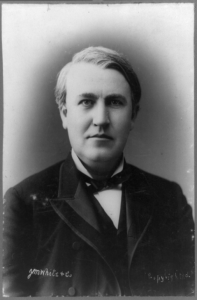 7. Winners are always open to consistent learning. Exploring, dreaming, discovering and learning new things should never be stopped; otherwise, some years down the line, you will regret standing in the same place.

“Twenty years from now you will be more disappointed by the things you didn’t do than by the ones you did do. So throw off the bowlines. Sail away from the safe harbor. Catch the trade winds in your sails. Explore. Dream. Discover.” – Mark Twain

8. Challenge your brain because nothing is more challenging than that. There is no constraint like ‘LIMITATION’ in thinking or imagining your brain as it is the most powerful resource of everything, and if there is any then that is given to you by your mind and not brain. The more you challenge your brain, the more you explore. You can play puzzles, develop a habit to read and explore, learn new languages, spend time with problem solving games, do photography or try hands in painting.

Sir Isaac Newton would keep questioning to himself and spend hours and days seeking answers to the self-imposed questions. He used his brain in the best possible way and therefore considered to be the most influential and powerful mathematician, physicist, astronomer, natural philosopher, and theologian and alchemist on earth. 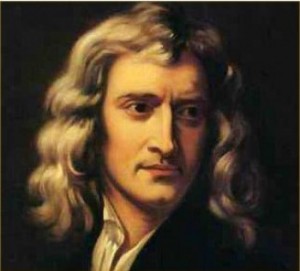 9. Great people stay inspired and make positive changes by taking action. Your positive thinking makes a big difference; when you are positive, you grow even in stressful circumstances, see the invisible, and accomplish the impossible.

10. Great people always complete their duty without wasting much time on thinking about the result. Waiting for result is like sentencing yourself to continuous frustration. Result is inevitable when action is done with soul and heart – positive or negative.