“Life itself is full of risks; there is no discovery without risk. What you risk reveals your true Courage, Strength, and confidence. So avoid the biggest risk of doing nothing at every cost” 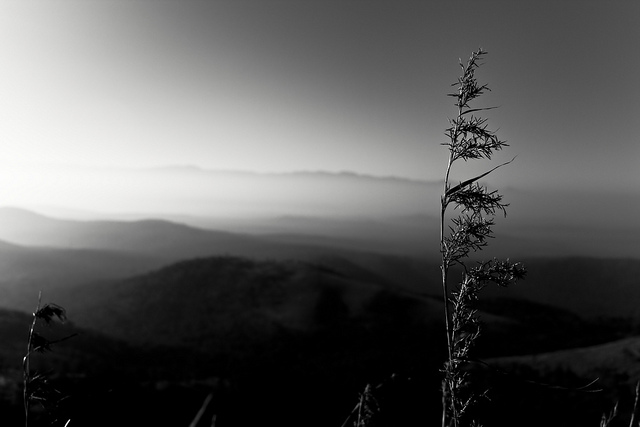 People call you Crazy? Be as crazy as you are!

Crazy and weird ideas make revolution. Your ideas may seem laughable and nonsensical that defy logic, or just a plain old redundant thought of hundred years; but do they all seem too silly to be worth it? Think about it; just don’t be afraid to be different, to break the rule, or set new ones that suit you. Embrace your thought, venture into them, and execute them. Who knows it may change the course of human history in far-reaching ways.
Let’s have a look at some crazy ideas that began as kind of casual trifling thought and grew into a galvanizing mission to accomplish a wide range of fanatics and see how their thought ultimately took a shape of the most successful business.

Dropbox: A free hosting service that lets you bring all your photos, docs, and videos anywhere. The idea of Dropbox came in Drew Houston’s mind While he attended a lecture at MIT. He noticed that students would carry USB drives to bring their files or send email attachment; moreover, he experienced that the existing services would suffer the trouble with large files, Internet latency, and bugs which compelled him to think of finding out an easy solution. Read more about Dropbox.

Github: A web-based Git repository hosting service for software development projects. It provides all of the distributed revision control and source code management functionality of Git as well as adding its own features.

Some ride the spirit that initiates change in adopting new ways of thinking. Here are some extremely crazy ideas: 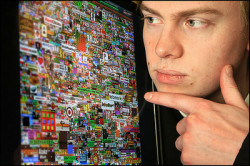 Million Dollar Homepage: A website that features a 1000 X 1000 pixel graphic that sold ad space at $1 per 10 X 10 pixel. It was developed by Alex Tew while still a student at the University of Nottingham to support his education. Alex sold the image-based links for $1 per pixel in 10 × 10 blocks and made a cool $1 million. He also auctioned off the final 1000 pixels on eBay that brought him more than $38,000.
Read more about Alex Tew 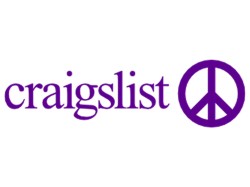 Craigslist: Why would you start a website that is not only nonuser-friendly but also looks ugly and spammy? Yes, you can because it may seem weird but could potentially be worth billions (you can’t even imagine). Craigslist is platform you can find pretty much everything and anything on the site.

Doggles Doggles, LLC actually has sold millions of pairs to pooches at $19.90 a pop. That’s what we call making your bones. It was the boom in the pet care industry and everybody felt so excited about it.

Sometimes, even a silly idea turns out to address a real need.

There are many such inventions that will strike you as utterly weird and stupid and leave you with a feeling as simply unnecessary. But sometimes apparently silly ideas turn out to address a real need.

Always be the bravest to hold your head high for your ethics because you are the Strongest Soldier to fight the Hardest Battles of your life. Sometimes the fear of being rejected overwhelms you from confirming what’s significant to you, but it’s the time not to shake or give up. Remember the right people will always hold you in higher regard for being rigorous about your philosophy. Stay determined about self, consistent about what you believe in…maybe it seems failing in the beginning, but not in the long run. In long run you are a leader with the most inspiring and heroic quality one can aspire to.

The word, ‘failure’ is just so scary, especially when you’re too concerned about the emotional reward pegged by the society, when you care for immediate consequences that will disgrace you whole image. Come out from such regards that make you small, think about those winners who never gave up – Abraham Lincoln, Colonel Harland Sanders, Ronald Reagan, Ray Kroc, Nelson Mandela and many others.

Success can never be accomplished by those who don’t accept that ‘Failure is inevitable, a lesson to further positive direction’

Speak your mind even if your voice shakes:

When you know what matters to you in every situation, nothing will have the power to beat your courage even the thinking of harsh rejection or disapproval. Instilling such positive voice will help you stand tall and still with value in front of negative thoughts, fear and regret. Awaken this voice buried inside because that is the source of the liberation.

It may appear insignificant at times or you may feel your words have no weight or value, but it actually does. Therefore, speak up even if your voice shrinks or shakes.

Albert Einstein calls intuition to be the most precious gift “The only real valuable thing is intuition”, Steve Jobs saya intuition “more powerful than intellect”, Henri Poincare says, “it is through science that we prove, but through intuition that we discover”, Dean Koontz firmly believes “Intuition is seeing with the soul” and Donald Trump admits, “I’ve built a multi-billion empire by using my intuition.”

Can you feel how significant it is to follow your intuition? It may seem irrational, but more you delve into it or exercise it, the more you increase your effectiveness in comprehending the situations, making good decisions and averting the catastrophes even before they arise. Trust your gut feelings, practice mindfulness, and pay attention to your dreams – Einstein dreamed many of his theories, analyzed them to solve several mysteries. Exclusively relying on your rational mind or ego may keep you safe and secure but ultimately there is no room to learn and grow.

Stand up for your values, never compromise with them.

Standing up for your values builds integrity and self-confidence, develops a strong sense of self and self-respect and helps you to be independent.

Circumstances arise that can demand you compromise with your values but the more you comprise, the more you distrust your own instincts, lose the power to decipher what is right verses what is wrong and distinguish what you believe verses what people tell you to believe, and you become doubtful about everything around. When you bow down to others’ voices to the extent that you can’t hear your own, you lose the strong sense of self that tells you to follow your own direction, and have faith in your own authenticity.

We are human; therefore mistakes are unavoidable but that shouldn’t impact you negatively ever. Learn from it, take valuable lessons from them to go ahead. Remember, the more you stand up for your values, the less you rely on others, the less you become doubtful and that ultimately reinforce your independence.

Everyone has their own doubts and falls but choosing not to act relying on those limited personal beliefs is completely different thing. Time may seem impossible when you find yourself fiercely guarding and limiting by your own qualms but sometimes it’s ok to be comfortable being uncomfortable because what really matters is dare to act. 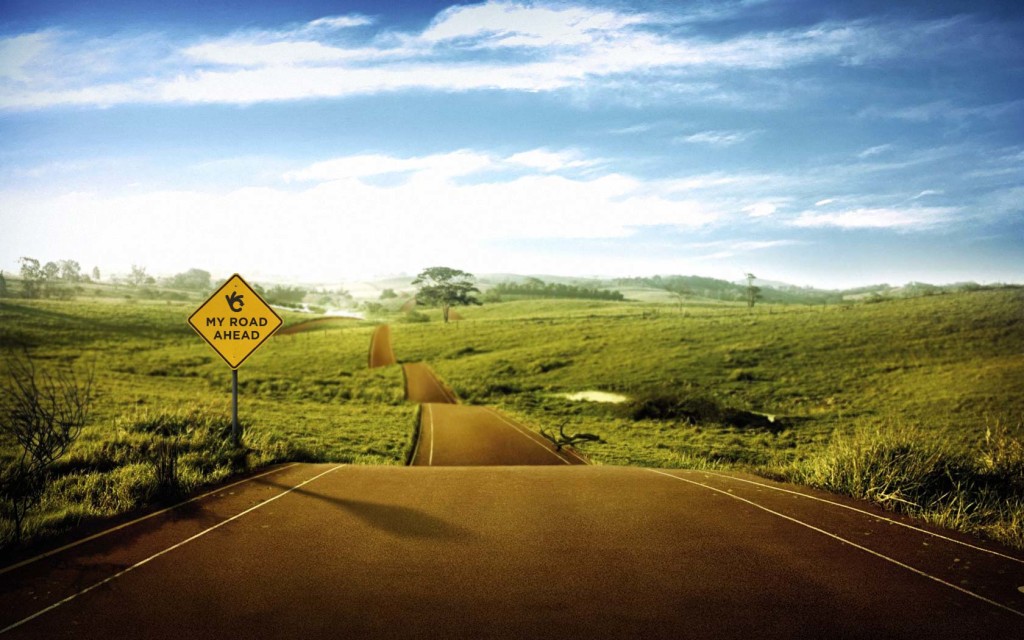 Nobody looks for what happens behind the curtains.

When you choose to act regardless of the outcome you become the winner. So tell yourself, “If I don’t try, I’ll never know the extensiveness of my ability. I can be the perfect example of talent and beauty.” Your abilities will always outweigh your self-doubts just perform the moment you think you can’t.

Admit if you are wrong

Not admitting your mistake is the biggest mistake. Mistake is just an error in judgment so make amends for it to move forward because adhering to it after it has been discovered shows nothing but infirmity of character. We sometimes don’t admit just to avoid shame or embarrassments in public but without mistakes nobody can produce or create something great. Admitting is the most constructive contribution to your positive progress.
Sometimes it’s hard, shameful or awkward but it’s humble and commendable that protects your self-esteem. So don’t be shy to admit it.

Forgive even if it hurtful

Not forgiving is holding grudges and nurturing toxic emotions inside that ultimately burns you from inside. Forgiveness not necessarily means that you have to get back or be friend with the person who hurt you, it simply frees you from the debt they owe you. Emotional pain can only be healed by acknowledging, addressing and forgiving.
Start your every morning by letting go the disappointments of yesterday. Forgiving people who did wrong with you is just lightening yourself from the baggage of grudge and enjoying the fresh blessings stored for you for the day ahead.

Take a step outside of your comfort zone

Life starts at the end of our comfort zone but we are too accustomed to it. If we take up something that extends beyond our comfort zone, we realize they are ‘extremely challenging’, ‘too difficult to accomplish’ and soon we console ourselves that we no longer want it.
It may be difficult to go further from yourself but that’s how you create a brand new version of yourself, ready to grab opportunities even in the most challenging situations. A bitter situation is our best teacher that prepares us with some greatest life lessons.

Be courageous, have courage to believe the unbelievable!

“Courage is an angel that makes the difference between a good life and a great life.”- Fairly Legal

Most people try to achieve the achievable. They talk about standing out of the crowd while they follow them, they talk about having massive goal and accomplishing inconceivable while they just slowly increment their goals because it seems safer and they are less likely to fail. It requires a lot of courage to really mean and implement them and have an unbelievable ride on it. There are great number of courageous people throughout history and their stories would encourage you in every step of life:

Helen Keller challenged her dual disability of deaf and blindness and changed society’s perception and regards towards deaf people.

Nelson Mandela fought against the unfair system of apartheid. Despite being imprisoned for 20 years he continued his fight and untimely he was released to lead a free South Africa.

Martin Luther King is man who successfully fought against racial discrimination and passionately supported the civil rights movement, despite virulent opposition and discrimination in parts of America.

Rosa Parks initiated a massive protest to the end of segregation on public transport refusing to give up seat on a bus in Montgomery, Alabama.

Mahatma Gandhi, Leader of the non-violent movement for Indian independence, led the powerful Salt Tax protest. He was jailed many a times but refused to give up his protests against British rule.

Courage may come in different forms – sometimes you find courage in peaceful resistance against a tormenter, sometimes bearing pain for a greater cause, or fighting for higher cause or something good. Just be courageous in life and you will end up having everything you’ve ever dreamed of.