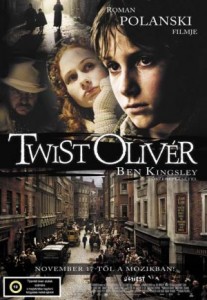 Based on Charles Dicken’s novel of the same title, Oliver Twist is the name of the main character who goes through a series of unfortunate events and hardships in his young life. After his mother’s death he is sent to an infant farm where he stays until he is capable enough to work for considerably small wages for the rest of his life. Oliver Twist portrays the effect of industrialism, apathy of society towards poor children, sordid lives of orphans, and their extreme exploitation and suppression by criminals and so-called upper-class gentleman in Dicken’s time (early and mid 19th century). Dickens explores the lives of ‘street children’ through the victim Olive Twist who remains innocent and a defiant rebel and refuses to give in to the evils.

As a child, Oliver Twist rises his voice regardless of any consequences, and fights against a strong boy who mocks at his mother. However, he remains humble and obedient when circumstances demand, struggles to survive the savage world of the neglected class to have a better life and never gets his emotions corrupted in the midst of prominent possibilities of becoming rogue. He shows his respect and love even towards the crippled and wicked old man who throws him in degradation and humiliation and forces him to become a scalawag. He chooses to be pure a hearted and loving soul yet indomitable at any point of collapse and his attitude leads him to the happy end with prosperous life in a sophisticated country house.

One can learn the following 10 life lessons and more from Oliver Twist one of the finest cinematic adaptations of a literary classic: 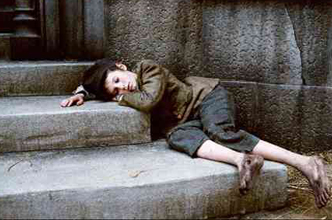 1. When Oliver escapes to London, he has several occasions to quit in front of difficulties but he gets up every time he falls and doesn’t stop until he reaches his destination – London.

If you have started a journey, never be frightened or quit in fear of failure. You don’t have to see the whole journey at once, just stay positive and focus on your tiny little steps. It will surely lead you to a memorable journey and prosperous life. The prosperity that arrives after a hazardous and painful journey, becomes brilliant experience to recall and always makes us feel proud for not stepping back. Be strong, endure the pain and you will end up far better a person at the end.

2. Oliver Twist is the first person to dare to raise voice against the mistreatment of orphans in the infant farm where orphans would spend several nights without enough food. He becomes a trouble maker by asking for another serving of food “Please sir I want some more”.
Don’t settle in life for less than what you deserve.

3. Oliver always wins the game of Good versus evil. Despite being weak and fragile, he stands like a veteran fighter in the face of unanticipated violence, poverty, degradation, and exploitation by satanic upper-class characters. It seems that innocent boy presides his own space in the dominated underclass society where he belongs.

We are often trapped in the circle of good and evil but the triumph is yours when you have nothing to do with the bad. Ignore it anyway and anyhow. 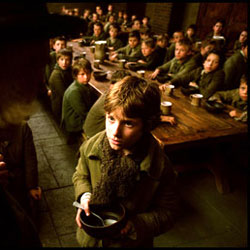 4. By demanding ‘MORE’ food, Oliver abandons the rules and practices of society set by the morons and dispassionate upper-class gentlemen. He is a desperate soul to cross the uncrossable chasm between upper and under class and eventually wins the challenging tale.

Only a desperate spirit dares to accomplish everything that arrives on the way of destination.Fight for your own right, sometimes it is costly but you have to buy it anyway.

5. Despite a life of unaccustomed kindness, Oliver recoils and appalls at the idea of being victimized or captured or dominated by anyone. The odious surroundings of decayed human values could neither mess up with his good soul nor bow him down.

Oliver is horrible in his wretchedness but he keeps proving he is of gentle birth with never give-up attitude that teaches us not to be felt helpless under any circumstances. On several occasions you give in after few attempts. Learn to endure the pain and be persistent if situation demands for your betterment, someday you will wonder your endurance makes you greatest at any front of life. 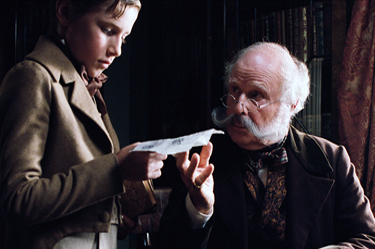 6. Never think that world is full of bad people; good people are all around, they embellish good thoughts, nurture fine soul, they welcome you with open heart. Their positive personality traits have great impact on lives and their influences are far stronger and everlasting. When Mr. Brownlow resolves to save innocent Oliver twist, nothing could stop him from rescuing the boy. It is also because of Oliver’s pure and good heart.

[Mr. Brownlow: He is a respectable-looking personage with generous heart. He became Oliver’s mentor as well as first friend in his loveless life. Despite of past rough experiences in life, he stands for the good and right and keeps faith in people. He is moved to find Oliver, such a good soul for which he develops a soft corner.]

Be positive and honest at your front. Some people cause so much pain in our life but that does not mean we should lose faith in people and humanity. Humanity consists of good-hearted people in majority; few evil can’t make it malicious and dirty. When Mr. Brownlow thought of taking Oliver out of the evil world, all evil couldn’t harm him at all and he did it. Therefore be positive. 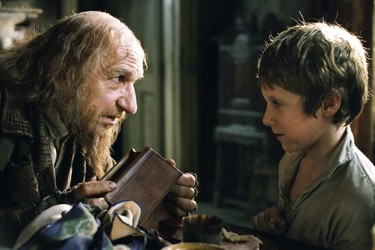 7. Oliver goes to meet Fagin in jail and asks to pray for the peace with him despite Fagin’s criminal intent, his coarseness and cruelty. He addresses Fagin saying “You were very kind to me” and it shows he never loses his compassionate heart towards him. Oliver wins his heart with his benevolence.

[Fagin: Fagin is an infamous Jewish criminal who leads a group of children, the Artful Dodger and Charley Bates and trains them to become pickpockets and sell the stealing goods. He is grotesque, crippled and wicked in appearance and repulsive in disposition. After arriving London, Oliver encounters the gang and becomes the part of it. Oliver never desires to be a part of it and tries to escape but Fagin catches him anyhow and anyway. At last, Fagin is sentenced to be hanged for all his crimes and Oliver comes to meet him on the very day]

Sometimes forgiveness is the gentlest answer to a savaging question which unleashes joy of happiness and sets your highest value of love in action. 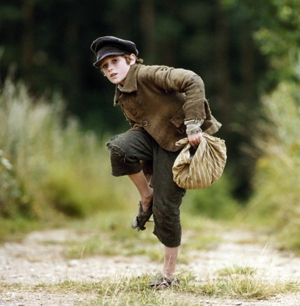 8. His attitude and manner of addressing people never changes even after he is frequently laughed at. This attitude is his identity and charm that attracts the wealthy benefactor. His situation is appropriately sinister, filthy, gloomy and inescapable and he is deprived of life’s basic essentials but his attitude keeps his head high and unpolluted. His positive attitude is rewarded at the end.

Attitude may seem to be little but it is the most significant instrument to make big differences in life. Oliver could never reach to London if he would think he have had enough.

9. Oliver always stands for his own right, when Noah Claypole says bad stuffs about his mother, without wasting a split second Oliver starts hitting him. Oliver was very polite until he was persuaded for a fight. He is far weak, shorter and slimmer than him but he doesn’t care.

[Noah Claypole— He is Charity boy employed in the house of Sowerberry where Oliver was also employed. He tempted Oliver to fight by mocking his mother and his birth.]

People who try to damage your reputation should be apprehended and you should never be silent at this high time. Your silence will encourage them in their dirty business against you. Give a very deserving answer to their cowardice guts. These people might seem stout but are very fragile from inside. When Oliver hits him with his fist, he looks a looser to his courage.

10. Oliver realizes people who seemed to be bad are not always evil from inside; nobody is born with criminality or evil spirit, it is something that is developed from the environment and external influences including poverty, desperation and bad company. These people have chances to be good.

Nancy contacts Mr. Brownlow and gives the secret news of where Oliver is captured by Fagin and his gang. She seems to be bad but at the end she proves that she is not that bad.

[Nancy— She is a resourceful member in Fagin’s gang. Her role is minor but very significant. In spite of her involvement in Fagin’s crime she defends Oliver when he is stolen for the second time from Mr. Brownlow’s house.]