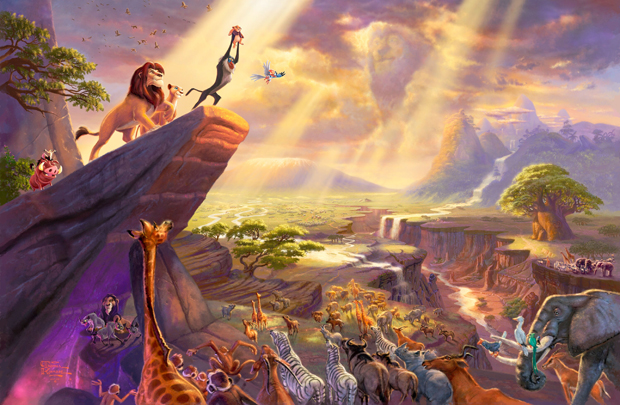 The Lion King is a moving story of a circle of life that portrays a lion cub’s journey to adulthood and royal throne. Simba, the son of a powerful King Mufasa, grows up in a very caring family and a protected environment. He is an honored prince who is far from danger. His happy days turn into tragedy when his cunning and evil uncle Scar murders Mufasa and influences Simba to run away from the kingdom. Simba lands in a jungle where he learns to live a carefree life with friends Pumbaa the warthog and Timon the meerkat. The story rolls on for some time and takes a turn the day his father’s spirit visits him and asks him to go back and defeat the wicked Scar to repossess his Rightful Throne.

The movie is worth watching for more than once and has many life lessons to learn from. Here are 10 that I felt are worth sharing:

1. Realize who you are and unlock your true potential by tapping into the power of your deepest motives and values. When Simba comes to a new jungle, he enjoys the aimless life, forgetting his own true self, his glorious past, and the responsibilities to him. His internal strength and courage are lost in oblivion. He doesn’t even want to know the truth and lets the circumstances take his greatness away from him. So the lesson learnt is ‘you are exactly the person who you think you are. 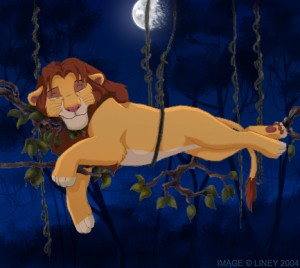 2. Hakuna Matata, the Swahili phrase for “there are no worries”, is one of the most important life lessons that one must endure during their lifetime. When Simba runs away from the kingdom, he meets two comical character Timon and Pumba, who teach him to stay away from worries (Hakuna Matata). They help him to replace his worries by to happiness, love and hope.

Worries never steal tomorrows pain or solve the problems; instead, they empty our strength and settle a cloud on the face of joy!

3. “No Worries” is an important life lesson but it should not hold us back from the truth. Simba keeps himself far from the truth in the name of ‘no worries’. Making some intermittent visits to the past will do no harm provided they are meant for correcting the present. Simba runs away from past learning no lessons at all. 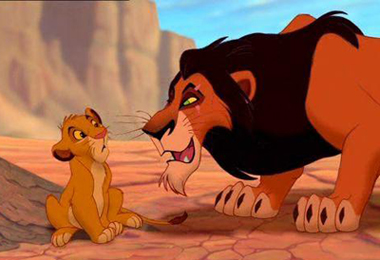 4. Some people arrive in our lives only to satisfy their own vested interests; they try to persuade us to walk on the paths of evil and petty. In a significant event, when Simba’s father Mufasa dies in the stampede in the gully. Scar accuses Simba for his death and persuades him to run away. He cleverly plots his murder and gives it the shape of and accident.

The lesson learnt is, we need to keep a safe distance from such people. They contribute in every meaningful way to diminish the sum of our happiness. 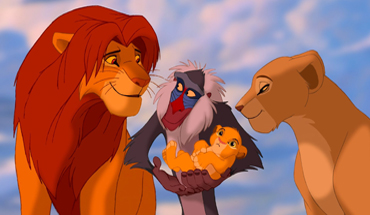 5. Having a real good friend and adviser is like having a small million things together that can transform your life with small million steady steps. Samba is a true friend who instills the realization in Simba that life is not all about living a carefree yet selfish life. Samba tells him that he was destined to be the king of the jungle to ensure peace of every animal. A wise monkey named Rafiki plays the role of a guide who enlightens him and shows him the true path to greatness. When he comes to know that Simba is alive, he states “It is the time” which means it was the high time for Simba to take over his righteous throne by killing his wicked uncle Scar.

6. Show respect, you might be superior in terms of belongings or business but everybody has self-respect and importance that bring value to the world in their own ways; therefore, they must be respected. At one point, Mufasa explains the fact of life. He says that even though they are on top of the food chain, every animal must be respected for their own dignity and contribution.

Life is all about treating others the way you wish to be treated. Do not measure people by their possession or profession but by their significance. It not only creates loving and lasting relationships with friends or family but creates our own value. 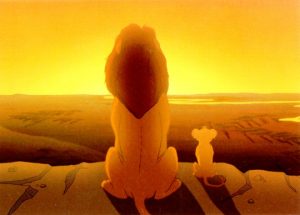 7. Deep inside we all are very powerful to accomplish great things. All we need is the realization that ‘I CAN Do It’. Simba never thought he could be able to defeat his nefarious uncle Scar. When Samba and Rafiki show him his true potential, he rises to his greatness and kills him in the end.

8. Almost every day we develop new thoughts and we grow up with them but we shouldn’t think twice to replace or eliminate them if they are not benefiting us in any way. After arriving to a new jungle, Simba grows up with the mantra of “No Worries” (Hakuna Matata) but he changes it when he realizes that the it was holding him back from becoming his true self ‘The King of the Pride Land’.

9. Sometimes we feel we are lost and nobody needs us, while the truth is just the opposite – they need you more than anything else even more than you to yourself. When Samba, Simba’s childhood friend, reminds him about his real place where he belonged, and convinces him to return, Simba denies saying “no one needs me.” It was the time when Simba was the most crucial person to rescue ‘Pride Land’ from Scar and Hyena who were consuming all the animals mercilessly.

10. Past really hurts but it is in our hand to run away from it or learn from it. If you run, the past will keep haunting you. We need to face the situations with courage! Simba runs away from his past but at the end, he faces it and corrects.

Greatest Dialogues from ‘The Lion King’ 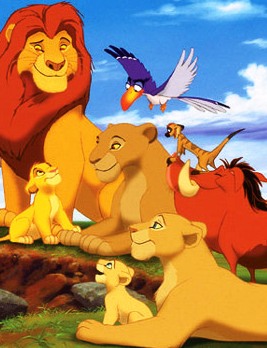 “Everything you see exists together in a delicate balance. As king, you need to understand that balance, and respect all the creatures from the crawling ant to the leaping antelope.” Mufasa

Mufasa: “You see, Simba. Everything you see exists together in a delicate balance. As king, you need to understand that balance and respect all the creatures, from the crawling ant to the leaping antelope. Simba: But dad, don’t we eat the antelope? Mufasa: Yes, Simba, but let me explain. When we die, our bodies become the grass, and the antelope eat the grass. And so we are all connected in the great Circle of Life. ”

“Look at the stars. The great kings of the past look down on us from those stars….So whenever you feel alone, just remember that those kings will always be there to guide you. And so will I.” – Mufasa

“Look, Simba. Everything the light touches is our kingdom… A king’s time as ruler rises and falls like the sun. One day, Simba, the sun will set on my time here, and will rise with you as the new king.” Mufasa

Young Simba: I was just trying to be brave like you.
Mufasa: Simba, I’m only brave when I have to be. Being brave doesn’t mean you go looking for trouble.
“Hakuna Matata! What a wonderful phrase” “Hakuna Matata! Ain’t no passing craze” “It means no worries For the rest of your days” “It’s our problem-free Philosophy” “Hakuna Matata!”

Timon: Look, kid. Bad things happen, and you can’t do anything about it. Right?
Young Simba: Right.
Timon: Wrong! When the world turns its back on you, you turn your back on the world.

Young Simba: Everything the light touches… But what about that shadowy place?
Mufasa: That’s beyond our borders. You must never go there, Simba.
Young Simba: But I thought a king can do whatever he wants.
Mufasa: There’s more to being a king than getting your way all the time.

Mufasa’s Ghost : “You have forgotten who you are, and so forgotten me. Look inside yourself Simba, you are more than what you have become. You must take your place in the Circle of Life. “ Simba: How can I go back? I’m not who I used to be. Mufasa’s Ghost: “Remember who you are. You are my son, and the one true King. ”

Rafiki: “It’s the circle of life, and it moves us all through despair and hope, through faith and love.”

Rafiki: “Ah yes, the past can hurt. But the way I see it, you can either run from it or learn from it.”

Simba: “I laugh in the face of danger ahhhhhahahaha”

Mufasa: “When we die, our bodies become the grass, and the antelope eat the grass and so, we are all connected in the great circle of life”