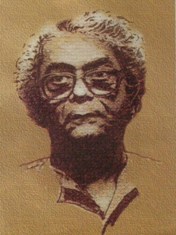 Popularly referred to as Gaitonde, Vasudev Gaitonde was born in Nagpur,  Maharashtra in 1924. He received his diploma in 1948 from the J. J. School of Art, Mumbai. In 1947 he founded the Progressive Artist Group in Mumbai (then Bombay) along with some other artists. He had several exhibitions held in India as well as in foreign countries. He received the Rockefeller Fellowship in 1964. In 1971, he was awarded the Padma Shri – the highest award for creative excellence given by the Government of India.
He was deeply interested in linguistics, Zen philosophy and ancient scripts. He enjoyed solitude and spent hours philosophizing about art while his beloved Indian classical music or Beethoven or Mozart played in the background.
V. S. Gaitonde was the first Indian contemporary painter whose work was sold for Rs. 92 lakhs at the Osians art auction. He died on August 10, 2001. 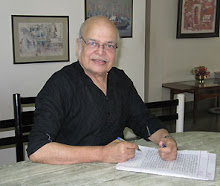 Born in the year 1935, in Belgaum, Ravi Paranjape studied art at Chitra Mandir, Belgaum. Paranjape moved to Mumbai to study and continued to worked there. His contribution to Advertising Art, Display, Architectural Rendering and Painting is profound.
He had the distinction of being the first Indian Artist to be featured in the 26th issue of  INTERNATIONAL ARTIST – a renowned art journal published in Australia. ‘Communication Art Guild’ of Mumbai honored Paranjape by admitting him to the coveted ‘CAG HALL OF FAME’. In 2002, he was honored by the State Govt. Of Maharashtra with the ‘LIFETIME ART ACHIEVEMENT AWARD’.
His works are an epitome of realism in painting.

Born in Indore, in 1910, he received his early art education in State Art School, Indore. He obtained his Government Diploma in Art from Bombay in 1933.
He experimented with expressionist and abstract tendencies. Later, in 1945, he worked with the talented artists Nandalal Bose, Ram Kinkar Baij, Binod Behari Mukherjee in Santiniketan, West Bengal.
From 1950, to 1966 he worked in the Faculty of Fine Arts, Maharaja Sayajirao University, Vadodara (Baroda) and left it when he was a Dean.
He was awarded the Silver Medal from the Bombay Art Society in 1934, followed by the Gold Medal in 1941. He received the Padma Shri award in 1969 and Padma Bhushan in 1991. He became a fellow of the Lalit Kala Academy in 1974. He was felicitated with the Kalidas Samman in 1986 – a prestigious arts award presented annually by the Government of Madhya Pradesh, India.
He passed away in 1992. 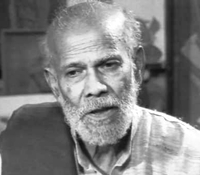 He was born in September 1917, in Madhya Pradesh, India. Never in his school days did she show any interest in painting. He studied art under the well reputed D D Devlalikar at Indore School of Arts, where N S Bendre and M F Husain were his seniors. Later he graduated from J J School of Arts, Mumbai with a government diploma. Considering his work, he was granted a fellowship by the Calcutta Fine Arts Society.
While in Mumbai he illustrated stories for ‘Illustrated Weekly of India’.
His friendship with Rahul Barpute, the editor of Naidunia, and Kumar Gandharva, the famous Indian Classical Vocalist was well known. His paintings, in watercolour, of Kumaon hills and Ranikhet show his distinct style. He relentlessly experimented with his medium.
Although he was criticized for taking undue liberty with ‘Fine Arts’, for his exhibition featuring common objects from nature such as twigs, this approach later made him a revolutionary.
He taught at the Fine Arts School, Indore. In 1966, after disassociating himself from all institutions, he began his work using materials from nature which were never thought of, conventionally, as part of art. He was praised by, then Prime Minister of India, late Jawaharlal Nehru for his decoration of the Delhi National stadium with brooms, baskets and mat rolls. His contribution to the world of art for children is unmatched.
Bereaved of his close associates, he breathed his last in July 2000. 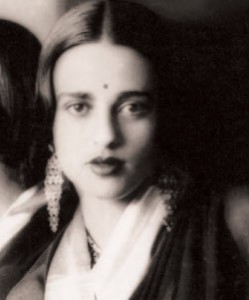 She was born in Budapest of a Sikh father and Hungarian mother. She was enrolled in Santa Annunziata, an Art School at Florence, Italy where she came across the works of Italian painters. In 1929, she joined the Ecole des Beaux Arts, Paris.
Her style underwent a radical change by the mid 30s when her family returned to India. In India she was influenced by the Mughal and Pahari schools of painting and cave paintings at Ajanta Caves. Her tour of South India, in 1937, and the subsequent South Indian trilogy paintings are well known.
Most of her works are housed in the National Gallery of Modern Art, New Delhi.
Due to serious illness she passed away in 1941, in Lahore.
Paintings by V.S. Gaitonde 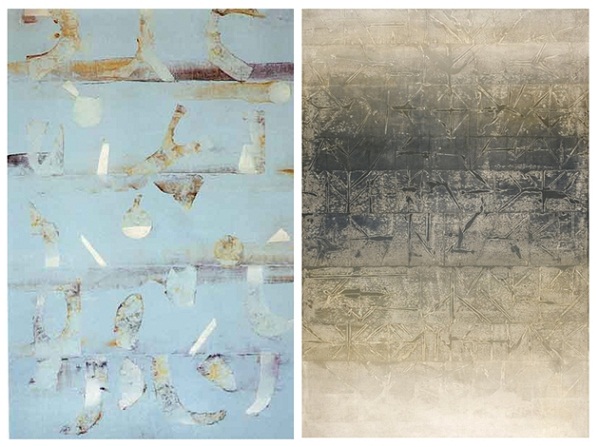 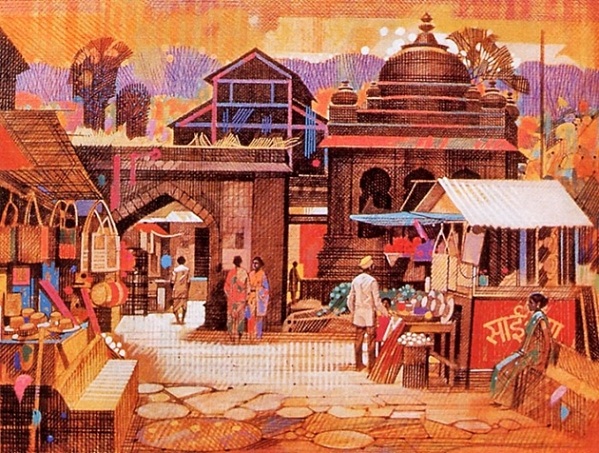 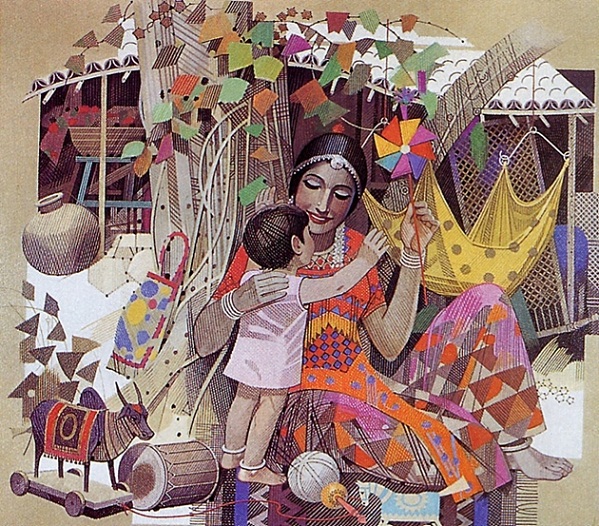 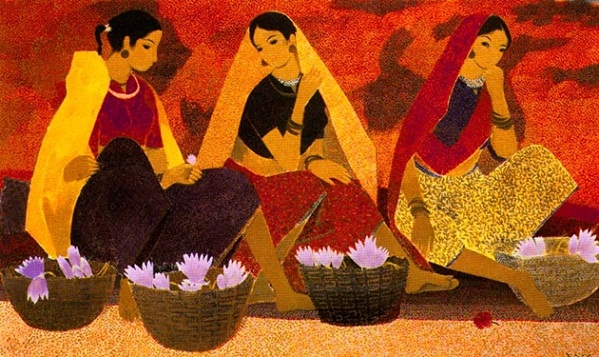 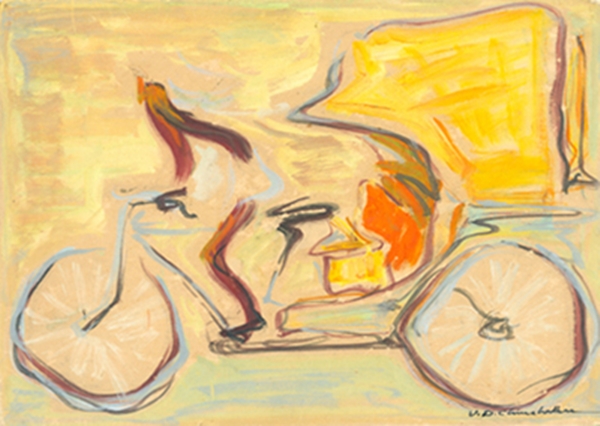 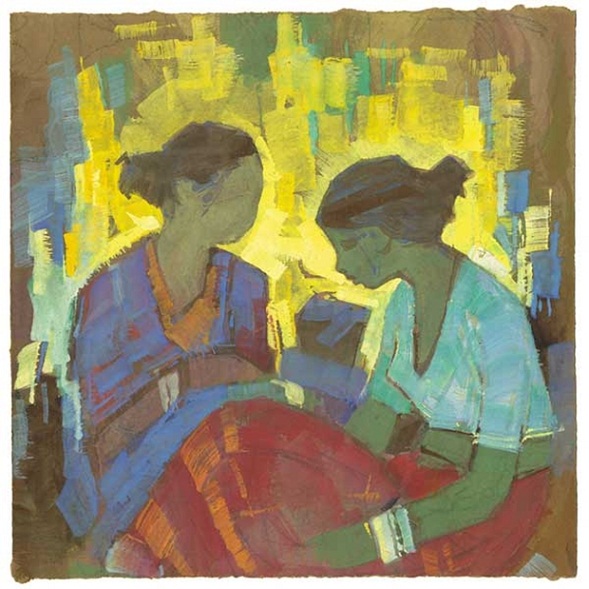 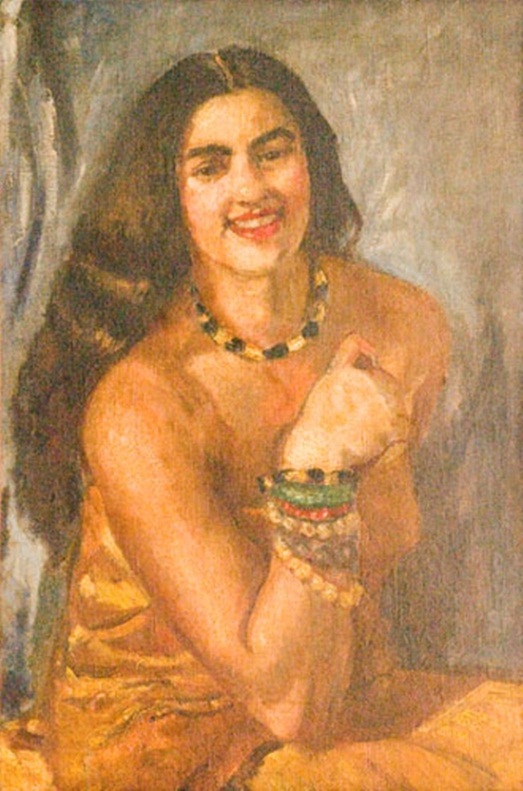