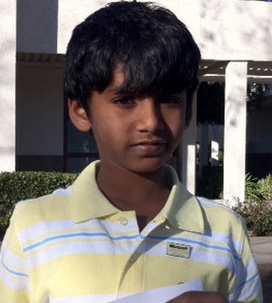 On 9th of January this month, the 9-year-old boy Pranav Kalyan from Agoura Hills, California became the world’s youngest Microsoft Certified Technology Specialist by cracking the MCTS (Microsoft Certification Technology Specialist) exams based on ASP.NET Framework 3.5. The exam is widely considered to be one of the toughest computer tests in the world. Pranav has been already listed on Wikipedia’s List of Child Prodigies under “computer science.”

From the very early age of 2, he was more fascinated by the computer than toys. His father Kalyan Kumar, who works at Bank of America in Los Angeles, initiated him to prepare and take MCTS test seeing his tremendous interest in computer programming. At the age of 6, he started with simple HTML and his interest gradually became prominent.
According to his father, Pranav’s incredible proficiency in mathematics and rigorous study for the last 18 months to prepare for the MCTS exams were the reason behind his praiseworthy accomplishment at such a tender age. He would spend eight hours writing computer program during his weekends.

Pranav aspires to become a programmer as well as an astronaut. Team Success Stories wishes this little genius all the very best for his wonderful future ahead.