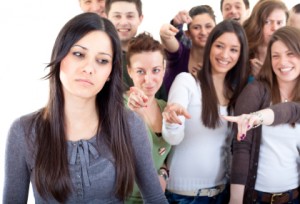 Criticism can nourish your creativity and inspire you to broaden your horizon; however, it can also distract you from objectives, prevent you from dreaming, and belittle your being. So let criticism flow and take its course. If you happen to fall in its way, don’t run or lash back. Sidney Greenberg says it best, “A successful man is one who can lay a firm foundation with the bricks that others throw at him.”

1. New and unique ideas are likely delicate, easily targeted and publicly unappreciated at its initial stage; they can be stabbed to death by simple joke or killed by a soft blow. This is the high time when your folly of judgment on how to handle the criticism or differentiate between the constructive and destructive criticism might keep you from reaching the planning and action stage.
Don’t be put off by any inappropriate utterances.

2. Sometimes, criticism has least business with your personal improvement and has lot to do with critics’ insecurities, jealousy and anger through which they attempt to hurt you with invisible injury. When you fall into their own nets and take their rubbish talk into serious consideration, their mission of destroying your confidence and letting you down is accomplished. Their nasty and personal attacks will be prominent in their disappointing content and destructive criticism. Some people suffer from inferiority complex throughout their lives because they fall for the remarks and criticism from so called respected and apparently successful personalities. 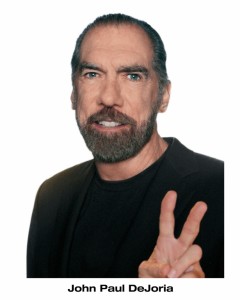 John Paul DeJoria, an American billionaire businessman, is widely known as the co-founder of the Paul Mitchell line of hair products. He spent several years as a simple street boy of Los Angeles in acute poverty and hardship. In his teenhood, while attending John Marshall High School, his math teacher tried to humiliate him by saying “You will never succeed at anything in life”. Instead of being embarrassed, DeJoria challenged his remark and started achieving whatever he wanted in life. He could have been nothing or suffered from inferiority complex throughout his life if he had taken his criticism for granted. His story is one of many examples that tell you to never be under the impression that superior, sophisticated and so-called gentlemen or even your brilliant teachers will always give you the best criticism. Your challenging them might do wonders.

3. Some skeptics will criticize you either way. Don’t be discouraged even if you have encountered the most violent opposition. Sometimes their extremity in the remarks shows you have 100% decent chance to succeed–All you have to do is stick to your idea and listen to your inner-self. 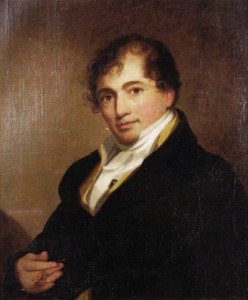 The story of Robert Fulton can give you a very clear picture of it. Robert Fulton was an American inventor who developed the first commercially successful steamboat. When he first introduced his unique and wonderful invention, the so-called steamboat skeptics arrived on the river bank ready with their vicious remarks. They started shouting “It will never start! It will never start!” When the steamboat actually started and made its way down the river, those loud-mouthed critics began shouting, “It’ll never stop! It’ll never stop!”

4. Make sure the criticism is valid, constructive and justified “your post is not up to the mark”, “You should writer better posts…this one sucks”, “You are a sucky writer”, “you have missed most important points”, “This is such a lame post written with shallow knowledge” are some of the baseless comments and I never consider over them seriously. Some remarks or specific suggestions surely inspire me to explore more; for example, “This one is a good effort but I was expecting you come up with some more real-life examples”, “I wish you had spent some more time and written some words on the ‘cons'”, “I’d have to disagree to what you wish to say through this post; it seems you have got carried away with the media hype..he isn’t the shred of what you just wrote about him.”

Don’t let yourself owned by anyone’s critical tongue or get brainwashed in a way that you feel pressurized to modify or edit what already exists and represents the fact.

5. Sense the intention of your critics. If their focus is solely on criticizing you and not your action, then let them do what they are doing. Instead of whining, practice silence. It is far better an answer than reacting in a cranky bad temper. Read, laugh and don’t stoop your level to answer their meaningless critical remarks, and carry on doing amazing things.