“We learn wisdom from failure much more than success. We often discover what we will do, by finding out what we will not do.” – Samuel Smiles 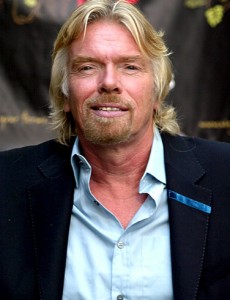 Most of us, no matter what profession we are in, are gravely concerned about failure and do our every bit to avoid it. We forget that failures come to teach us some priceless lessons and are the foundation on which we build a meaningful and successful life. This very failure literally compelled a worried-stricken mother from Texas to shout for assistance for her 12 year old promising entrepreneur son who was consistently failing in his business ventures in making wallets and mowing lawns. Even after several considerable and die-hard attempts when he couldn’t get any customers, he felt discouraged and started losing hope. His mother however wanted him to go ahead. So she decided to write to none other than Richard Branson. She sent him a mail giving him the detailed account of what her son was going through and requested him to give him the best piece of advice.

An unexpectedly inspiring answer came from the celebrity businessman and Virgin group founder Richard Branson who published an excerpt of his advice in his blog and in his new book “Like A Virgin: Secrets They Won’t Teach You At Business School”. According to Mr. Branson, as a boy, he had been through a series of failures to which he’s grateful today as they shaped him as a person as well as a professional.

Following is the question and its answers by Mr. Branson.

“My twelve-year-old has often tried to launch little businesses, but he becomes frustrated when he fails. He tried making and selling wallets, then selling his artwork. He also set up a lawn-mowing service, but Mom and Dad were his only customers. I want him to continue to pursue his ideas, but I don’t know how to help him succeed.” (taken from Virgin.Com ‘Early Endeavours

Branson began his answer by asking the boy to not get discouraged of initial failures. He said, “your impatient activities are the experiments that will teach you how to go ahead with new beginning.” Taking consistent risks and plunging into new ventures are the sign of building a never-give-up attitude, becoming a man of persistence and developing better characteristics of great entrepreneurship.
He himself failed in several ventures during his school days but never felt discouraged to give up. His determination, perseverance and experimenting with new things rewarded him at last.

Note: In any venture, entrepreneurs have be careful about how his product is going to enhance customers’ lives.

Is the pricing right?

How to fix the product or service price is the most significant question because customers should not be felt overcharged. It is the customers who make your business rock. If unsure about the price, then better start with providing free services and should wait for their responses. You can even ask your customers to pay you whatever they feel like. This helps build trust. This is the theory Branson often applied in his business. Sometimes, we expect a lot from something and get disheartened if it fails to give us the expected return. It is better not to be greedy at first; instead the focus should be on winning customers’ trust.

Is the equipment up to date?

Up-to-date equipment is key to make a business successful. However, his advice to the mother was “Maybe you need to invest in a better lawnmower to help your son woo customers”

Have you done some research to target your most likely customers?

Doing fieldwork on the potential customers is another significant step for any business venture. Startups that know least about ‘who could be their loyal and potential customers’ actually don’t know the business and are likely to fail. Branson’s suggestion to the mother was to do research on surrounding and neighboring people who are like to seek lawn mowing assistance.

Offer to donate some of your proceeds to a local charity

While earning money, one should donate a certain percentage from the profit to a local charity to help them improve the lives of the needy. It gives a better impression of your compassion and kindness to the people around.

Branson also advised the 12-year-old boy to learn to be cheerful for himself, laugh quite often and crack jokes to make his customers laugh. He does not have to be serious while selling a product or providing a service.