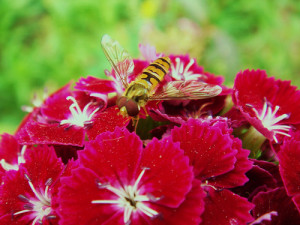 “Give others only if you have enough for yourselves.”

I have been hearing those words of wisdom since I could make sense of things around. That appeared quite ‘logical’ to me – can we be the source of happiness to others when we ourselves are living in deprivation; or rather would it be possible to give others any materialistic or non – materialistic belongings if we don’t possess them in abundance at the first place?

But soon another aspect of that adage accosted me: what or how much is that ‘enough’? How an individual know that he has ‘enough’ for himself? The same question I ask myself and never really find a conclusive answer: ‘the more the better’ – I always convince myself.

My social acquaintances, colleagues and others, whom I happened to come across, confirm me that my thought of ‘acquiring more’ is not an isolated one. Nobody around seem to have enough. The unquenchable desire to ‘acquire more’ and contemplation of ‘not having enough’ is actually mired in perpetuity. So the aspect of ‘giving’ always rest in the backdrop.

A school friend of mine, whom I thought to be quite well-off, much better placed than myself, does not seem content.

“A few of my colleagues at work are earning much more than me,” he would utter in despondence.

That particular day, I thought of approaching him for monetary help for a child welfare scheme- to check if he could contribute something- but abruptly, of all the days, the discussion veered to our financial standings in comparison with our contemporaries! I held myself back that day. Let him sort out first, find contentment from within; the child welfare can wait for the time being-I thought to myself.

One of my acquaintances had bought a car a few months ago- seemed happy with his expensive newly-acquired possession; but on discovering that a neighbour of his had just acquired a cozier one, he no longer seemed fascinated by his own: never-ending quagmire I guess.

But then our society has produced an enlightened soul like Mother Teresa. She had the bare necessities with her: a few pieces of clothes, and a bucket perhaps –you could have counted her possessions at your fingertips. But she deemed that was ‘enough’ for her to dedicate her life in the service of the downtrodden. Her contribution to the well being of leprosy infected people attracted worldwide attention and she was the recipient of the Nobel Peace Prize- hardly anyone else seem to be as deserving as her. She LIVED in abundance although I have not an iota of doubt that the lesser mortals would break into frenzied laughter if I say she HAD in abundance…

And somehow, I believe, she intrinsically exuded the message that to make a LIFE out of our LIFE, we need TO LIVE in abundance-believing that Almighty have showered HIS blessings on us generously , rather than TO HAVE in abundance…..anyways we never seem to have enough, do we?

And to that discontent soul, who is always in pursuit of abundance, I would just recall a word of wisdom from the Father of our nation, Mahatma Gandhi, who is the one I believe, who brought Spirituality into Politics- an extremely unlikely blend as people might think-

“Recall the face of the poorest and weakest man you have seen, and ask yourself if this step you contemplate is going to be any use to him.”