“I don’t have feathers, but I feel like a bird sometimes.”~Yves Rossy 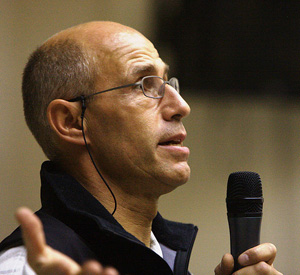 53-year-old Swiss daredevil pilot and inventor Yves Rossy is a real-life superhero and what he does is no less than watching a science fiction movie. He is the first person to show the possibilities of human flight with a jet-powered wing attached to the back. His courageous and daring experiments to search for a sustainable human flight has earned him several nicknames including Jetman, Rocketman, Airman and Fusionman.
Yves Rossy has served in the Swiss Air Force as a fighter pilot and flew Northrop F-5 Tiger IIs, Dassault Mirage IIIs, and Hawker Hunters and later worked as a captain of commercial flights. He himself developed jet-powered 2.4 metres long wings with four engines and first flew it in 2006 in Bex for approximately six minutes and nine seconds. He became the first man in the history of aviation to fly with wing. After his successful flying, he flew across the English Channel in 2008 for 9 minutes 7 seconds. He has also flown over the Swiss Alps, and flown alongside of a passenger plane and showed aerobatic loops and performance around a hot-air balloon. He himself has built a powerful and unique type of parachute that enables him to fly as low as 200 meters off the ground. 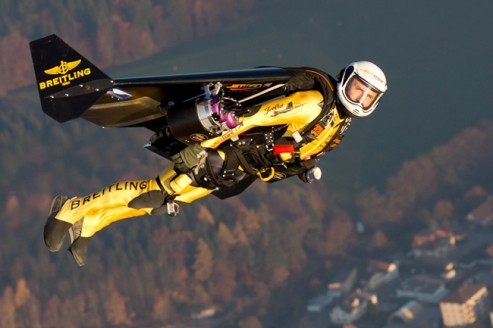