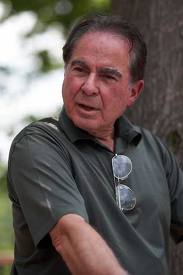 High school dropout Alan Gerry is the pioneering entrepreneur in the cable television industry. Back in 1951, Gerry ventured into business with literally nothing – a small television sales and repair shop in rural Liberty, New York. Driven by initial success, he somehow managed to borrow $20,000 to establish a cable company Cablevision. The company started its journey in 1973 as a cable TV operator with about 1500 customers. In early 90s the company started providing high-speed Internet services across the United States with millions of customers. By the time he sold company to Time Warner in 1996 for $2.7 billion, the company was already established as the eighth largest cable company in the United States and had CVI operated 64 cable systems across 18 states, over 1.3 million subscribers and 2500 employees. He was one of the first entrepreneurs to provide greater number of channels and to make cable systems economical for larger rural areas with his distinctive microwave technology.

Alan Gerry established the Gerry Foundation to encourage an extensive range of economic activity in invigorate Sullivan County, NY. He has also been involved in philanthropic work- in 1997, he founded the Paul Gerry Dialysis Center at the Robert Packer Hospital and in 2007 he established the Alan and Sandra Gerry Metastasis Research Center at Memorial Sloan­Kettering Cancer Center.

His contribution earned him several honors and awards including the Vanguard Award for Distinguished Leadership in 1995, the Entrepreneur ­of ­the ­Year Award, Honorary Doctor of Business Administration degree in 1999 from Roger Williams University, and an Honorary Doctor of Humane Letters degree in 2004 from the State University of New York. In 2000 he was inducted into the Cable Television Hall of Fame.