Considered amongst the world’s most-extreme athletes, American adventurous rock climber Alex Honnold continues to bring the people on the edge of fear and wonder by accomplishing the striking feat of success; this time, by climbing the 2,500-foot face of El Sendero Luminoso in El Potrero, Mexico without any safety measures. According to reports, it takes skilled climber over 2 days to climb, it took him not more than three hours. He is best known for his never-say-die and yet modest attitude. His ability to conquer extremely tall cliffs without any protection makes him the only known sports personality in human history.

Honnold is the only person to climb the Yosemite Triple crown, an 18 hour 50 minute link up of Mt. Watkins, The Nose, and the Regular Northwest Face of Half Dome in May 2007 at the age of 21. He is the fastest solo climber of the Nose on El Cap with a climb time of 2:23:51. He has been featured by National Geographic, 60 Minutes and the New York Times. He also appeared in several television commercials and adventure films that include ‘Alone on the Wall’, the Emmy-nominated movie. He is the founder of an environmental non-profit Honnold Foundation and he travels across the world in search of his next most dangerous and adventurous destination. He is sponsored by Black Diamond, La Sportiva, The North Face, Maxim Ropes and Clif Bar.

Alex Honnold started his climbing journey when he was only 11 years old. Upon completion of his studies from the Mira Loma High School and the University of California Berkeley finally he dropped out to dedicate his time pursuing his passion of climbing. He takes interests in classic literature, economics and environment and he calls himself to be a ‘militant atheist’ on asking if he is religious. 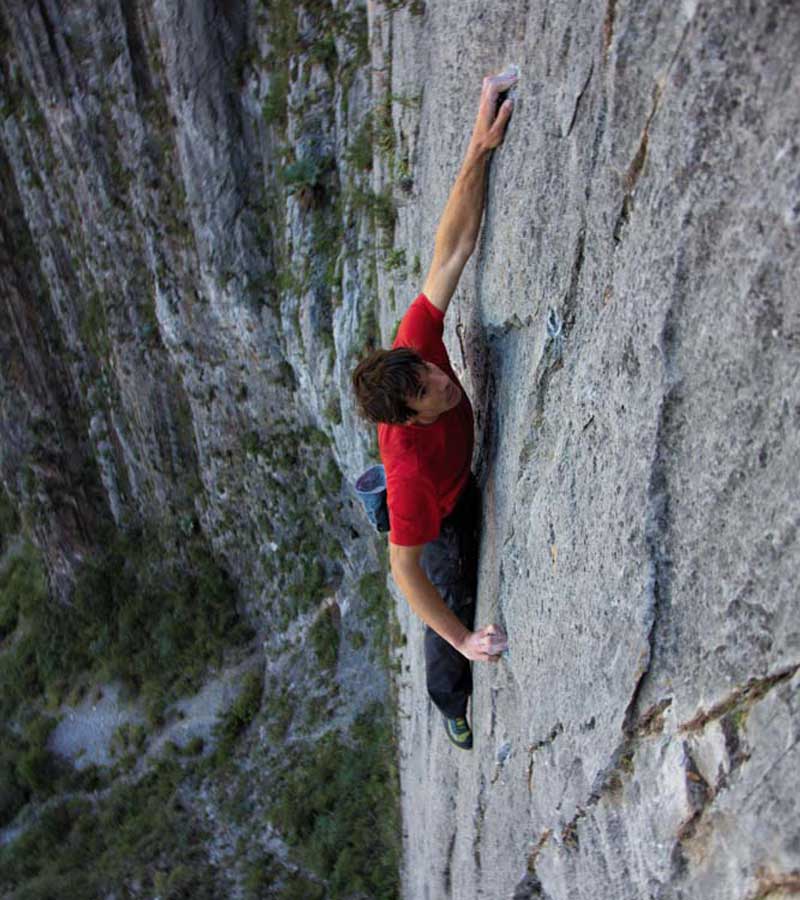 Photo Courtesy: adventure-journal
Warning: Never try something like this without proper training and safety measures