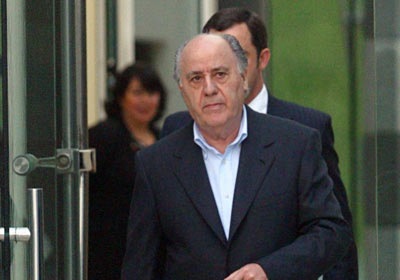 Amancio Ortega, Spanish fashion entrepreneur, was born in 1936 on 28 March in Busdongo de Arbas, León. He is the son of railroad worker and a maid. Due to hardship, he could not further his higher education. In 1950, he went to A Coruña, Spain where he started his life working as a gofer in a shirt store in La Coruña, Galicia at the age of 14. After few times he moved and worked as tailor’s and draper’s assistant and learnt some important strategies and process of delivering products directly to the customers.
In 1960, he worked as a manager in a local shop where he experienced affluent customer’s demand for expensive clothes. Gradually, he started buying cheaper fabric from Barcelona and sold them to local shops. In 1963, he stepped into manufacturing dressing gowns, textiles and established Confecciones Goa, which made bathrobes. After 12 years, in 1975, he founded Zara, a chain of fashion boutiques, which tremendously grew and became the most popular fashion store. By the 1989, he opened almost one hundred stores across Spain.

He is also the founder, chairman of Inditex’s board and executive committee since its inception in 1985 and owns 59.29% of Inditex group. Inditex became one of the leading multinational companies in Spain. It operates several reputed brands such as Zara, Kiddy’s Class, Zara Home, Stradivarius, Massimo Dutti, Oysho, Pull and Bear/Often and Bershka with 14000 employees and 4500 stores across 73 countries in the world. In 2000, Inditex made over $240 million profit with $2.4 billion sales. In 2004, it turned over $6.7 billion. Inditex has around 3000 stores across the world.

He has his share in Spain’s biggest bank and has personally invested in property, gas and tourism. He has his property in Paris, Madrid, Lisbon and London and a luxury apartment complex in Miami.

He actively participates in designing process in the company but prefers keeping a low profile. Most of the acquainted people including Spanish have little knowledge of him. He is known as a very simple and down to earth person. After decades, in 2000, he made his public appearance and the news became the headline of Spanish financial press.

According to the Forbes Magazine 2009, he was the richest man in Spain and world’s 10th richest man. Forbes 2010 states that he is the world’s 9th richest man whose net worth is $25 billion.