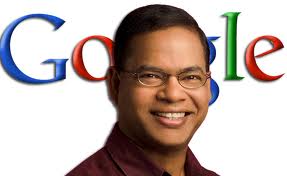 Google’s senior vice president and software engineer Amit Singhal is one of the most honorable and accomplished engineers who has been leading Google’s core ranking team since 2000. In silicon valley, he is popularly known as the master of Google’s “ranking algorithm.”

Studies and Journey to Google:

In the year 1989, Amit completed Bachelor of Engineering degree in computer science from IIT Roorkee and did his M.S. in computer science from University of Minnesota, Duluth in 1991. He continued his studies at Cornell University in Ithaca, New York with one of the foundering fathers of SMART Information Retrieval System, Gerard Salton, who is also called “the father of digital search”, and in 1996 he received a Ph.D. degree. Later, he joined Google in 2000 on the initiative of Krishna Bharat, the creator of Google News.

In 2001, Amit Singhal revamped the search engine and as a reward he was given the honorary title “Google Fellow” and is attributed to be the important figure for the most of the information retrieval design decisions in Google Search and the development of numerous overlooked algorithmic signals over the time.
He was also inducted as a Fellow of the Association for Computing Machinery in 2011. Besides, he was named one of the smartest people in tech by Fortune Magazine and rewarded the Outstanding Achievement in Science and Technology Award in 2011 at The Asian Awards.