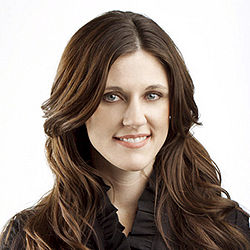 Amy Jo Martin is an American microblogger, speaker and one of the most influential social media strategist with approximately 1.25 million twitter followers. She began her career at an advertising firm in account management. In 2006, while working for the NBA’s Phoenix Suns she first initiated on how NBA teams should integrate digital media and organized the NBA Tweetups. In 2008 she successfully developed strategies for better twitter presence for former Suns player Shaquille O’Neal which gave her confidence to start her own company.

In 2009, Amy was entitled Arizona’s “35 Entrepreneurs 35 & Younger” by The Arizona Republic. In the same year, she was profiled in a Vanity Fair article titled “America’s Tweethearts”. In 2010, Forbes called her one of 20 Best-Branded Women on Twitter.