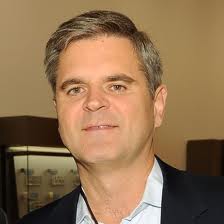 American businessman Steve Case is widely known as the co-founder and ex-chief executive officer and chairman of one of the previous leading online communities America Online (AOL). Case was born on August 21, 1958 in Hawaii. He completed his school studies from Punahou School, Honolulu, Hawaii; and later in 1980, he earned a BA in Political Science from Williams College in Williamstown, Massachusetts.

In 1984, Case joined GameLine as a marketing executive and the next year he helped Jim Kimsey to found Quantum Computer Services, an online services providing company which was renamed in 1991 as AOL. Case played a significant role in transforming the way people communicate and connect with each other and it proved to be far efficient than telephone or television. In 1991, he was promoted to the post of CEO and in 1995 he became the chairman.

Steve Case is a remarkable example of how perseverance, patience and effective decisions-making skills can help you accomplish anything you aspire in life. He experienced great rise and downfalls in his career. From selling fruit baskets in college, he became a very successful entrepreneur and reached on Forbes’ list of the wealthiest Americans. He became CEO of multi-billion dollar company America Online and made it a household name in the United States. He also experienced one of the greatest downfalls of history when in 2001 he merged AOL with Time Warner and became chairman of the new company. Steve fall down from the pinnacle of the Web 1.0 bubble and his company AOL Time Warner, which had a market value of $280 billion, became $84 billion company in 2004. Within 4 years he lost over $200 billion.

Did he give up after this greatest downfall?

No, he did not! In 2005, he launched a company ‘Revolution ’ to invest in people’s ideas and concepts and help them build businesses. Case also focused on investing in real estate, health care, education, and more. Through Revolution, he holds majority stakes in several healthcare companies as well as luxury travel firms. In 2005, the company purchased a controlling interest in Flexcar and in 2007 it merged with Zipcar. In 2009, he sold Revolution Money to American Express for $300 million and made $100 million from the sale of the car-sharing company ZipCar, where he has a 20% stake. Case fell down but stood strong by fighting back the difficulties.

1. Falling is inevitable and undeniable fact of life but how you perceive them and take action to them decides your failure or success.

2. Some are inspired by the challenges they face and become fearless to take chance on any opportunity regardless of the consequences. On the other hand there are some who decide to maintain their comfortable inaction throughout their lives.

4. Stay prepared to have a better perceptive on how and when to make tiny shifts in the techniques if they are not working for you.

5. Perseverance is another most significant tool for success. One who has mastered it can achieve anything he/she dreams of. Perseverance is time’s test that makes you a winner upon passing it.

“Anything is possible if you put your mind to it and you really work hard and you bring the right perspective to it. You shouldn’t focus on why you can’t do something, which is what most people do. You should focus on why perhaps you can, and be one of the exceptions.”

It’s stunning to me what kind of an impact even one person can have if they have the right passion, perspective and are able to align the interest of a great team.

You have to get along with people, but you also have to recognize that the strength of a team is different people with different perspectives and different personalities.