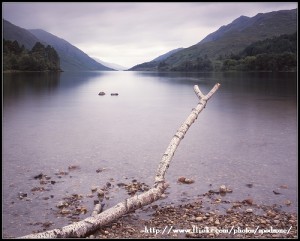 Satish was one of my closest friends during my school days. We used to go to school together and often played together as we stayed nearby. He was cheerful and full of life, like most the boys in that age; but he had one aspect of life which was unlike most of us and which he did not wish to share with others.

His parents, though not legally divorced, stayed apart due to some non-negotiable differences between them. His Father would occasionally come over to meet Satish –who stayed with his mother.

“My baba got this for me today,” he exclaimed pointing to the new shirt that he had put on.

His father had come for the occasional visit with gifts for him. I could easily perceive his delight within and the spring in his steps which he retained for days following his father’s visit.

So many times I thought of asking him that does he not feel deprived…deprived of not getting the love of both his parents together like most of us; but every time I held myself back – scared of hurting him.

As life unfolded, after sixteen long years we found ourselves working in the same city and got connected through one of the social networking sites.

He called me to his place (where he stayed with his mother) over lunch.

“My days are numbered now,” said his aging mother, “and I want to spend them with Satish,” – she had tears in her eye as I was leaving their home.

I could understand the emotions and attachment the mother had for her son as she almost single-handedly brought him up.

Satish accompanied me to the nearest bus-stop. As we walked together, I was tempted
to ask him about his Father, but again held myself back until Satish spoke out.

“Last time I met my baba a few months back, he was not keeping too well and has just retired from his job,” Satish continued, “I am getting him over here to stay with us from next month.”
I went speechless for a moment and stared at Satish with admiration until I could gather myself to appreciate his decision.

I realized that it does not matter how much love you receive but it is the compassion that you have within for others that makes you endearing. Now I never feel like asking him if at any point of his life he felt “deprived” – as I know it is redundant.