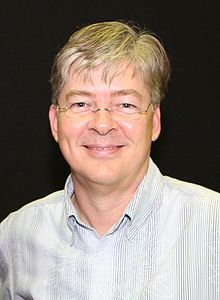 Anders Hejlsberg, a Danish software engineer, is widely known as the original author of Turbo Pascal and the chief architect of Delphi. Nowadays he is with Microsoft as the lead architect of C#. Hejlsberg has also contributed in co-designing numerous widely used and commercially successful programming languages as well as many development tools.

51 year old Hejlsberg was born in Copenhagen of Denmark and spent his early life, in his words, being curious about computer. He was enrolled at Technical University of Denmark as an engineering student but dropped out. In 1980, while he was still at the university, he wrote programs including a Pascal compiler for the Nascom microcomputer. He joined Microsoft in 1996 and created J++ programming language and the Windows Foundation Classes which were his first biggest success for Microsoft promoted him as Technical Fellow and Microsoft Distinguished Engineer.

In 2001, he was honored with the Dr. Dobb’s Excellence in Programming Award for his notable work on Delphi, Turbo Pascal, as well as C# and the Microsoft .NET Framework. He received the Technical Recognition Award for Outstanding Technical Achievement for his contribution to the C# language along with other programmers Scott Wiltamuth, Shon Katzenberger, Todd Proebsting, Peter Sollich, Erik Meijer, and Peter Hallam.