“My entire life I wanted to be an engineer … I was trying to figure out: What is the most fun thing to do in life? And I decided that it would be to build better products, to innovate, to build beautiful products,” Andy Bechtolsheim 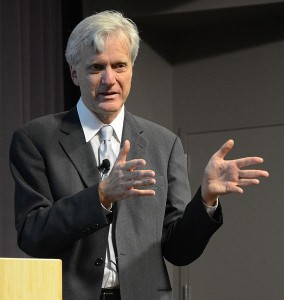 Tech visionary Andreas von Bechtolsheim is widely acclaimed as a technology genius and the inventor of the workstation, an affordable and high-end computer that changed the way engineers collaborated and worked. He is also one of the most successful Angel investors in the Silicon Valley and was one of the first investors in Google in 1998.

In 1982, Andy Bechtolsheim left Stanford and teamed up with Vinod Khosla and together they co-founded Sun Microsystems. He left the company in 1995 and established a network switching startup, Granite Systems that would develop high-speed network switches. The company was taken over by Cisco Systems in 1996 for $220 million with Bechtolsheim still owning 60%. He was also given the post of Vice President and general manager in Cisco’s Gigabit Systems’ Business Unit. After resigning from his position in Cisco, he founded Kealia in 2004 to develop the sophisticated server technologies. After one year In 2005 he, along with his friend and Canadian billionaire David Cheriton, founded another high-speed networking company, ARISTA where he currently serves as the chairman and chief development officer.

Bechtolsheim was born on September 30, 1955 near Ammersee, in the state of Bavaria in Germany and spent his childhood at an isolated farmhouse where he had no access to television. From the very childhood he would experiment with electronics and electrics. At the early age of 16, he developed an industrial controller based on the Intel 8008. In 1974, while studying at the University of Technology Munich Bechtolsheim he won the physics prize and later Fulbright Award. On completion of his master’s degree in computer engineering in 1976 from Carnegie Mellon University, he moved to Silicon Valley to work for Intel. Later, he attended Stanford University and completed his Ph.D. in electrical engineering.

According to Forbes, as of March 2012, Andy Bechtolsheim’s net worth stands at $2.3 billion.