Even after seven decades of her death, Annelies Marie “Anne” Frank continues to be the strongest voice for the millions of victims of Holocaust. Her diary, which was published posthumously and translated into over 70 languages, shows the horrendous aspects of war and teaches the world about the ways of humanity. The Diary of Anne Frank is one of the most popular books of non-fiction around the world. Anne’s diary vividly captures that “gritty nightmare” as it was lived by millions of Jews of Europe at the time of World War II. 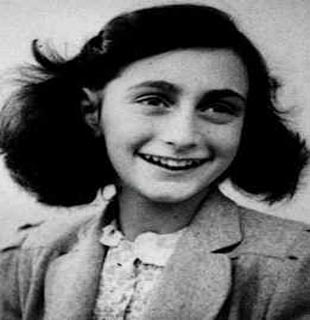 In 1920, Otto and Edith Frank had a happy life in Germany with their daughters Margot and Anne Frank. In 1933, after Hitler’s anti-Jewish decrees, they moved to Amsterdam, where Frank, sensing the forthcoming situation, opened a branch of his company, Opteka. in 1940, their sense of security and happy life disappeared when Hitler’s troops conquered Holland and restricted the freedom of Jews. The Frank had to hide his family behind his business office at Prinsengracht 263. In 1944, they were finally arrested by the Nazis and deported to concentration camps. In 1944, after being abandoned from Auschwitz, both sisters Anne and Margot Frank landed up in the Bergen-Belsen camp in Germany where Margot died of typhus and infection that she developed from the cold and the camp’s unhealthy circumstances. A few days later, in April 1945, at the age of 15, Anne also died of typhus a few weeks before the British liberated the camp.
Otto Frank, only survivor of the family, returned to Amsterdam after the war and found Anne’s diary there. He saved it and tried to publish it in 1947. In 1952, it was first translated into English and published in 1952 as The Diary of a Young Girl from its original Dutch version after which it has been translated into 70 different languages. The diary is the archives of her life from 12 June 1942 until 1 August 1944.

Between the age 13 to 15, Anne penned-down her intense thoughts and experiences of extraordinary circumstances in ominous times for Jews, her painful life, tears, and childhood dreams, cherished hopes of a teenage girl in the diary that she’d received on her 13th birthday and wrote short stories, fairy tales, and essays during two years of hiding in an attic above the store. “I have often been downcast, but never in despair; I regard our hiding as a dangerous adventure, romantic and interesting at the same time. In my diary I treat all the privations as amusing. I have made up my mind now to lead a different life from other girls and, later on, different from ordinary housewives. My start has been so very full of interest, and that is the sole reason why I have to laugh at the humorous side of the most dangerous moments.”

She expressed her wish to be a journalist in her diary in 1944 on 5th of April:

“I want to be useful or bring enjoyment to all people, even those I’ve never met. I want to go on living even after my death! And that’s why I’m so grateful to God for having given me this gift, which I can use to develop myself and to express all that’s inside me!

When I write I can shake off all my cares. My sorrow disappears, my spirits are revived! But, and that’s a big question, will I ever be able to write something great, will I ever become a journalist or a writer?”

“Human greatness does not lie in wealth or power, but in character and goodness. People are just people, and all people have faults and shortcomings, but all of us are born with a basic goodness.”
“The weak die out and the strong will survive, and will live on forever”

“I don’t have much in the way of money or worldly possessions, I’m not beautiful, intelligent or clever, but I’m happy, and I intend to stay that way! I was born happy, I love people, I have a trusting nature, and I’d like everyone else to be happy too. ”

“Sympathy, Love, Fortune… We all have these qualities but still tend to not use them!”