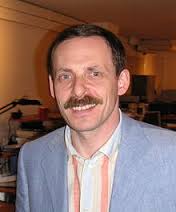 Arkady Yurievich Volozh is a serial entrepreneur and principal founder of Yandex, Russia’s largest search engine and Internet based products and services company. According to Comscore, an Internet analytics company, as of 2012, Yandex is world’s 4th largest search engine with over 150 million searches everyday and more than 50.5 million daily unique visitors. As of 2013, his personal worth is approximately US$1.15 billion.

On completion of his study with applied mathematics at Gubkin Russian State University of Oil and Gas in 1986, he worked at a state pipeline research institute and later began a small business of importing PC (personal computers) from Austria. In 1990, he founded a software developing company Arkadia where in 1993 he developed a search engine for ‘non-structured information with Russian morphology’ along with Yandex co-founder Ilya Segalovich. In 1997, Arkady and Ilya Segalovich founded Yandex, which became ultimate success. In 2000, he resigned from the position of CEO from CompTek International and became the CEO of Yandex.

Apart from Yandex, Arkady Volozh has co-founded many other successful IT enterprises that include a Russian provider of wireless networking technology InfiNet Wireless and one of Russia’s biggest distributors of network and telecom equipments, CompTek International.