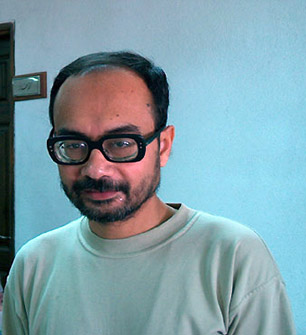 Ashoke Sen, a theoretical physicist and string theorist at Allahabad’s Harish Chandra Research Institute, has been awarded with one of the World’s most prestigious and richest academic awards of $3 million, which is almost three times higher than that of Nobel Prize. He is among the nine winners of the first Yuri Milner Fundamental Physics Prize.

With an interview with The Indian Express by phone, he expressed his his words, “I am certainly very happy with this, but an award does not endorse any scientific theory… I see it (the award) more as a sort of entitlement… encouragement to younger people to take interest in fundamental science…… At the same time, I would like youngsters to take up science not for the glamour of an award, but for the joy and knowledge that it brings.”

In 1975, Ashoke Sen completed his bachelor’s of science degree from Presidency College under the University of Calcutta, and in 1978, he completed a master’s degree from the Indian Institute of Technology Kanpur before attending the State University of New York, Stony Brook. He accomplished his doctoral work in physics from Fermilab, Batavia, and at SLAC, Stanford and returned to India in 1988 to join the Tata Institute of Fundamental Research in Mumbai. Later, in 1995, Sen went to Allahabad and attended Harish-Chandra Research Institute.

Ashoke Sen is the prime figure behind the subject of string theory that includes his landmark paper on ‘strong-weak coupling duality or S-duality’. He also significantly contributed in the study of unstable D-branes and made the famous Sen conjecture about open string tachyon condensation on such branes. His research on string theory has been described as the most viable for a unified theory of physics that better explains all forces of nature including the physics of gravity as well as quantum field theory. Besides, he has co-authored several significant papers on string field theory.

Sen has been awarded and honored for several times for his accomplishments. Some of them include: 1989 ICTP prize in honour of H. Yukawain; in 1994, he received S. S. Bhatnagar award; in 1995, B.M. Birla Science Prize; in 1996, G.D. Birla award; in 1997, Third World Academy of Sciences Prize; in 1998, R.D. Birla award; in 2001, Padmasree and Kamal Kumari National award; in 2004, INSA S.N.Bose Award; in 2005, H.K. Firodia award; and in 2006, J C Bose Fellowship and Pius IX Gold Medal. He has also received honorary D.Sc. from the University of Calcutta and Bengal Engineering and Science University, Shibpur