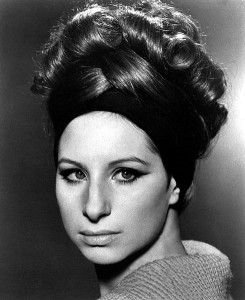 American singer, actress, film producer, as well as director Barbra Streisand is known to be one of the most successful entertainers who has received eight Grammy Awards, five Emmy Awards, two Academy Awards, a Kennedy Center Honors award, a Peabody Award and many others for her significant contribution to modern entertainment history.

Barbara Joan Streisand was born on April 24, 1942, in Brooklyn, New York to a middle-class Jewish family. Her mother Diana Rosen had spent some years as a singer and her father Emanuel Streisand would work as a high school teacher. From early childhood, she would dream of becoming an actress but received least or no support from her mother who considered her to be literally ugly and unfit for acting.

Her father died of an epileptic seizure when she was only fifteen months old and her mother remarried with the person who was abusive (according to her). She completed her schooling from Bais Yakov School, then Erasmus Hall High School in Brooklyn where she joined the Freshman Chorus and Choral Club. She became a nightclub singer in her teens and received appreciation for her distinctive and powerful voice and graceful style. In 1962, she received huge appreciation from critics, a Tony nomination and won the New York Drama Critics Award for her performance in the Broadway show, I Can Get it For You Wholesale. In 1963, her first album The Barbra Streisand Album was released which became a Top 10 gold record and won two Grammy Awards. In 1965, she received five Emmy Awards for her television show My Name is Barbra .

With 140 million albums sold worldwide, Streisand became the best-selling female artist on the Recording Industry Association of America. She is also one of the few artists who have received an acting Oscar besides being number-one single on the U.S. Billboard Hot 100 chart. Her top recordings are “The Way We Were”, “Evergreen (Love Theme from A Star Is Born)”, “No More Tears (Enough Is Enough)”, “You Don’t Bring Me Flowers”, “The Main Event”, “Woman in Love”, “Guilty”, and “What Kind of Fool” and several others. Her first movie Funny Girl in 1968 was commercially a biggest hit for which she won the Academy Award for Best Actress. Some of her popular films are What’s Up, Doc? in 1972, The Main Event in 1979, drama The Way We Were in 1973 for which she again received an Academy Award nomination as Best Actress.