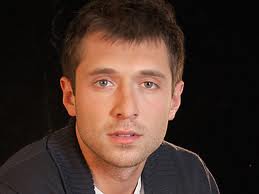 ThrilList, a New York based lifestyle brand that also provides free email newsletters on men’s lifestyle in 20 cities in the U.S. and U.K., was founded by the current CEO Ben Lerer and his long time friend Adam Rich while the two were the students of the University of Pennsylvania. Currently, the company has over 3million newsletter subscribers, together amounting for approximately $50M revenue every year. According to Ben Lerer, ThrilList has been very profitable from the very first year it came online. It was first launched in New York after which it has already opened in 20 additional places including Los Angeles in 2006, San Francisco in 2007, Chicago and Las Vegas in 2007, Boston in 2008, Austin in 2009, London in 2010 and Minneapolis in 2011 and many more.

In May 2010, Thrillist extended its wings into e-commerce by taking over the members-only online shopping community retailer for men called JackThreads, which was ranked fourth in AdAge’s 2011 “America’s Hottest Brands”. Currently, the company is growing about 20 percent every month and its membership has increased from 500,000 to 1.7 million. In 2012, Ben Lerer created the Thrillist Media Group.

Ben Lerer is also involved in the venture firm ‘Lerer Ventures’ with his father Ken who is the Co-founder of the Huffington Post. He has been profiled in the Inc. Magazine’s “30 under 30” list of thriving entrepreneurs in 2009, he was featured in New York Daily News, Wall Street Journal’s “MarketWatch” and Bloomberg TV’s “Venture” for his accomplishments.