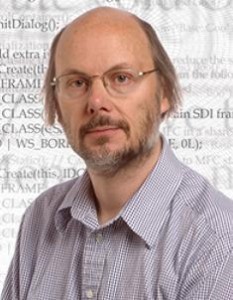 Bjarne Stroustrup is one of the most notable Danish computer scientists who developed the widely used C++ programming language in 1983. According to Stroustrup, he’d first started working on C++ in the year 1979 at bell labs and kept experimenting and updating it for the next 10 years. For almost 25 years, C++ has been one of the most widely used programming languages. Implementing C++ as his tool, he has led the use of object-oriented and generic programming techniques in application areas that include switching, simulation, general systems programming, graphics, user-interfaces, embedded systems, and scientific computation. The influence of C++ is visible beyond the C++ community and the languages include C, C#, Java, and Fortran99.

In 1975, he completed his master’s degree in mathematics and computer science from the University of Aarhus, Denmark, and in 1979, he had his Ph.D. in computer science from the University of Cambridge, England. Until 2002, he was the head of AT&T Lab’s Large-scale Programming Research department and he was also a elected member of the National Academy of Engineering in 2004. In 2005 he received William Procter Prize for Scientific Achievement and in 2008 – Dr. Dobb’s Excellence in Programming award.

He is the distinguished Professor of the College of Engineering Chair in Computer Science at Texas A&M University. He has written Programming: Principles and Practice Using C++, The Design and Evolution of C++, and co-authored The Annotated C++ Reference Manual.