“No matter how convenient it is for us to reach out to people remotely, sometimes the most important task is to show up in person.” Blake Mycoskie 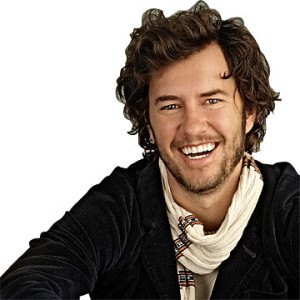 Blake Mycoskie, an American entrepreneur and best-selling author, is widely known as the founder and Chief Shoe Giver of TOMS and the prime figure behind the recent global movement of One for One. Blake founded his company TOMS Shoes in 2006 with a philanthropic approach that he developed while travelling around the world to win the reality show ‘The Amazing Race’, he experienced the hardships of destitute and helpless children to be wandering without shoes in Argentina. From the very early childhood, Blake had a passionate entrepreneurial spirit and had started experimenting with his innovative ideas in business. His first successful business was running a campus laundry service which he later sold for good profit. Later, he and his sister Paige, competed in the CBS primetime series, The Amazing Race (A reality television game show where the teams of two people, who share personal relationship, race across the world against other teams). Blake won the game with $1 million dollar grand prize.

He created a for-profit sustainable business that was not dependent on donations. Soon his simple business concept actually laid the foundation for TOMS. Since its inception, Blake has given more than two million pairs of new shoes to helpless and destitute children. After receiving a warm welcome and sympathetic response from people, he expanded another distinctive business model – TOMS Eyewear to save and restore sight for people in need.

Start Something That Matters

In 2011, he released his first book, ‘Start Something That Matters’ where he has given a clear depiction of his own amazing journey of starting something that really matters for everyone and initiates to change the lives of people in need. The book features success journeys of the companies as well as individuals who felt inspired to integrate philanthropy into their personal and professional lives to make a difference. The book was a great hit and became the New York Times best-seller.

Blake Mycoskie’s distinctive approach and selfless contribution to uplift the lives of deprived and helpless people have earned him widespread fame and honors. In 2007, he was featured as the “Heroes Among Us” by People Magazine, Blake and TOMS received the Secretary of State’s 2009 Award of Corporate Excellence (ACE) and in 2011 he was enlisted on Fortune Magazine’s “40 Under 40” list as one of the top young businessmen in the world, and TOMS Shoes was featured in the Bill Gates’ article “How to Fix Capitalism” in Time Magazine.