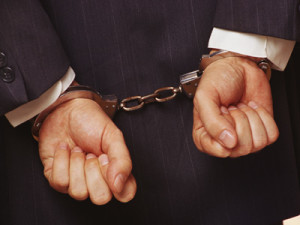 “Yes, after we try to explore beyond our faith, inherited system of thought and genetic nature”.

It is a biggest question of this current period that would provide a great opportunity to the world community to explore beyond their faith and belief following both scientific and theological insight to secure the morality and safety of future generation. Existence of Gods has separated our existence according to its tenet and definitions, and the true facts of our religions are ignored by our leadership leading us under shadow of lethal weapons. Faith of an individual person evolves on basis of their inherited system of thoughts and genetic nature according to the needs of its current period. No doubt, religious and non religious groups can work together to combat crime, but only after an
exploration beyond the faith of humankind or after suffering the oncoming lethal effects of nuclear weapons innovated for our safety. It is the genetic nature of mankind that forces them to utilize whatever they created to fulfill their mental desire and to secure its physical world, eliminating the real potential of spiritual graces. At this rising period of science (mind), the sacred potential of theology (spirit) has fallen down bellow to its dangerous point. Thus the current world political activities that depend on basis of religious view will have to understand the excellence of this big question to approach all non religious groups against any crime. There are large possibilities for the research scholars engaged with Sir John Templeton foundation to bring science and theology together by revealing the philanthropic aspects of this big question as principia of“New spiritual information”.

According to both scientific and theological points of view in one idea, our religious tenets and definitions are the basis of our faith, it is potential enough to civilize the existence of human beings on basis of peace and humanity, but the origin (incarnations) of religions are based on its contemporary needs, which now exists as invisible boundaries separating our existence according to our inherited system of thoughts. Whenever our genetic nature evolves beyond the natural process, it cripples the verve of spirit and approaches crime. Our steady belief or faith, unable to obtain the terrestrial bliss from religious teachings and spiritual graces has emerged as non religious groups following the potential of science (mind) and neglecting the graces of theology (spirit).

First off all, to bring science and theology together, world community needs an exploration following both scientific and theological insight, to unify all our religious teachings in one idea that would uproot the basis of crime without disgracing the faith of any mankind. Though we have lots of theological groups and organizations leading us on path to peace according to its fame, excellence and generosity, but the separation of their principia, God revelation and exploration are the obstacles on path that would approach non religious groups to work together for philanthropy. Even the present dubieties from religious points of view that emerged from political complexities and communal conflicts will never equate the non religious groups to work beyond their premeditated tenets. Within these circumstances, we will have to explore for our leadership in ministry and religious thinkers in form of academic purpose to equip all our religious facts in one idea, and thereafter approach all religious and non religious groups to raise this issue among public at large.

Definitions and languages of all our religion and non religion groups are quite different from each other, but their meaning is based on a single view and that is only philanthropy. If the true facts of all our religions are framed in one idea in form of literature according only to its philanthropic points of view, there would be an opportunity for all religious followers to stand together with non religious groups to combat crime. It’s an aspect of literature which even exists as Holy books that enthralls our mind and spirit right up from our childhood creating the basis of our faith according to our culture and philosophical tradition. It is not possible for science and an individual religion to equip our understanding of the realities of human nature and its physical world, which might evolve our morality and faith to change our inherited system of thought and genetic nature according to the basic needs of this current period.
Here only the intangible potential of literature is essential for persuasion of world community seeking unification of religious and non religious group for peace and humanity.