Born in Pittsburgh, Pennsylvania to an American father, and a Filipina mother, the Internet entrepreneur Caterina Fake is widely known for her co-founding the image and video hosting social networking site, Flickr in 2004 and Hunch in 2009. Hunch was designed as a collective intelligence decision-making system which personalizes the Internet by helping the users to discover and share great recommendations on all sorts of topics. 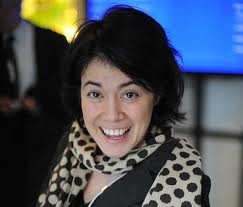 Fake was named among the ‘Best Leaders of 2005 by Business Week and Forbes; and in 2006 she was in the Time Magazine’s list of the world’s 100 most influential people. In 2009, she was given an Honorary Doctorate from the Rhode Island School of Design.

Prior to her venture for Fliker, in the 1990s Caterina Fake worked as the Art Director at Salon.com, and was extremely into the development of web community, personal publishing as well as social software. In 2002, Fake co-founded Ludicorp with Stewart Butterfield and in 2004 she co-founded Flickr, which became the world’s most famous photo sharing site. In 2005 Flicker was taken over by Yahoo! The same year Yahoo! announced that it appointed Fake to look after its Technology, Development, Innovation and Creativity teams. In 2008, she quit Yahoo! and became the member of the board of directors of Creative Commons. Over the years, Fake has been assisting several business start-up by advising them and helping them find investors.

In 2009, Fake collaborated with the entrepreneur Chris Dixon and together they launched Hunch in June 2009. Hunch was created with an ambition to build a ‘Taste Graph’ of the Internet, connecting Internet users with their affinity for anything, right from electronic gadgets to food, books, fashion or vacation spots. In November 2011, eBay reportedly bought it for $80 million.

“People have heightened expectations…but prior success has no bearing on subsequent success. You have to go out there and take the same risks as you did the first time.”