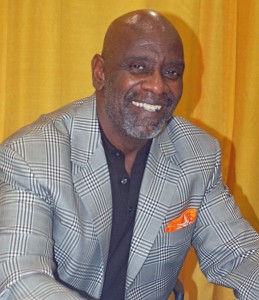 Christopher Paul Gardner, an American entrepreneur, investor, and stockbroker, who battled against homelessness and also loneliness while struggling to raise his toddler son and give his life a better chance to evolve in early 1980s. Gardner’s early life was spent in a determined struggle to escape from his abusive stepfather and mean circumstances of alcoholism, domestic and child abuse, illiteracy, fear and powerlessness. Amidst the miseries, his mother Bettye Jean Gardner and one of three maternal uncles Henry were his profound source of inspiration. They taught him to believe in himself to win the battle of life. At the age of 8, his mother was found guilty of attempting to murder his violent stepfather by burning down their house where his stepfather lived. She was imprisoned and his sole source of inspiration, Henry also drowned in the Mississippi River.

Gardner’s married life with a Hawaii native Sherry Dyson was deserted and she became indifferent to him when he gave up the idea of becoming a doctor. Two years later, he moved on with his life along with his girl friend Jackie Medina, who was a dental student. Together, they had a son Christopher Gardner.

Gardner worked as a research lab assistant at UCSF which paid only about $8,000 a year as stipend; the money was considerably insufficient to support a family of three members. After four years, he took up the job as a medical equipment salesman to double his salary. His life took a turn after an encounter with a well-dressed man with Red Ferrari, Bob Bridges who introduced Gardner to the world of finance. Highly inspired by his personality and lifestyle, Gardner resolved to become a stock broker. Later, Gardner fulfilled his dream of having a Ferrari of his own and bought one from the legendary basketball player, Michael Jordan.

On the decision of becoming a top trainee at Dean Witter Reynolds, his girlfriend left him along with his son and all belongings by accusing him to be physically abusive. Four months later, Jackie returned for a day, leaving the son for him to take care of. Homeless Gardner had a very tough life ahead! He would work for almost whole day; he would arrive office early to accomplish his self target of taking 200 calls each day and leave office the last. His determination and self-reliance paid him back in 1982 when he passed his licensing exam on the very first attempt. He became a full employee of Dean Witter Reynolds.

After five years, in 1987, Gardner, with his small fortune of $10,000 and a single piece of furniture: a wooden desk, founded his own brokerage firm Gardner Rich & Co, in Chicago, Illinois in his Presidential Towers apartment. In 2006, Gardner sold his small stake in Gardner Rich in a multi-million dollar deal and established Christopher Gardner International Holdings, with offices in New York, Chicago as well as in San Francisco.

Gardner is a philanthropist entrepreneur. His long acquiesces with poverty, led him to donating $50 million for various projects in San Francisco, helping low-income people to create houses and creating opportunities for employment in the particular region of the city he belonged and lived a homeless life. He is also a member on the board of the National Fatherhood Initiative that promotes well-being of children through a healthy parenting environment.

In 2006, he assisted in making an autobiographical movie The Pursuit of Happyness directed by Gabriele Muccino that grossed over $300 million worldwide at box office and the movie became Will Smith’s third successive $100 million blockbuster.

“Baby steps count, as long as you are going forward. You add them all up, and one day you look back and you’ll be surprised at where you might get to.”

“Do something that you love. Whatever you’re going to do is going to be tough enough. Find something that gets you so excited that the sun can’t come up early enough in the morning because you want to go do your thing.”

“You have to be bold because there will be folks who will say “You can’t” or “You shouldn’t” or “Why?” There is a certain boldness to saying “Well, I really don’t want to be a high-powered corporate lawyer. I’m really passionate about painting.”