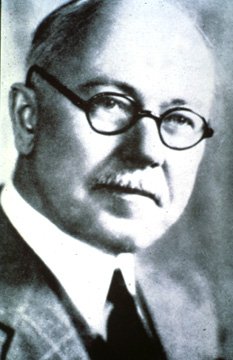 Claude Hopkins’ career began quite early in life and later he went on to work with big brands like Pepsodent, GoodYear, B.J Johnson Soap Co. (which later became Palmolive in the year 1917), and Quaker Oats Company.

His life is as colourful as the view a kaleidoscope offers. Coming from a clerical ancestry his family had almost decided that he would work as a clergy. His childhood was bereft of joys which young boys of his age had in those days. He became a preacher at the age of seventeen and began preaching in Chicago.

Later in life he became a director of the Volunteers of America. There he studied the lives of derelicts. Diverse as these experiences may seem, it makes one wonder about the drive of this man. He loved work as other men loved play. Here’s a man from the world of advertising, which seems glamorous, whose life is an interwoven fabric of hard work and integrity.

Here are few lessons we can learn from this pioneer:

1) Safety First: He attributed this quality to his mother. Throughout his life and career he observed that the lack of this quality had wrecked more professionals. He believed that success is impossible without economy and caution.

He once said, “Because of my mother, a dime to me has always looked as big as a dollar. Not my dimes only, but the other fellow’s dimes.”
Reckless speculation on a hidden chance is what he avoided in his work.

2) Dignity towards work: He never lost his sense of dignity towards any kind of work. In his childhood his mother, who was a college graduate, had to support the children by teaching in a school. Along with doing the housework, she also wrote kindergarten books which she would sell each vacation by going to schools.

3) Self Esteem: When other boys of his age were enjoying his school days he supported himself, including his schooling, from the age of 9 by taking care of schoolhouses and distributing newspapers in the evening. In vacations he worked about 16 hours a day at the farm. On Sundays he acted as a church janitor.

4) Playful Work: For nearly sixteen years after entering business rarely did he have an evening or Sunday not occupied by work. Yet he never felt that he was working hard. But he never advised anyone of his age to follow his example and work hard.

5) Craft your ‘Success’: Do not define success by what others have accomplished. Always keep some space reserved for joy in your definition of success. His thoughts on success show his un-lopsided development as a person, “Life holds so many other things more important than success that work in moderation probably brings more joy.” This never meant mistaking lethargy for satisfaction. Claude Hopkins once said in a speech, “Measured by ordinary working hours and amount of work accomplished I have lived two years in one.”

6) Respect your roots: He never failed to respect his origins. His ancestors, who were clergymen, spent their lives in poverty. He owed his success in advertising to poverty. He learnt about the wants of common people by being amongst them. These became his future customers. By going from door to door he learnt the technique of canvassing. Unable to go to college, due to poor financial background, he never had any remorse for it. Instead he said, “I spent those four years in the school of experience instead of a school of theory.”