Spotify has revolutionized the way people listen and share music, making it a social phenomena! 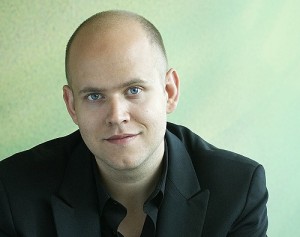 Spotify, a software application or music streaming service that offers immediate listening of a particular album or tracks without any buffering hazards, was launched in 2008 after two years of development that started in 2006 at Spotify AB, Stockholm, Sweden. The company was founded by former CTO of Stardoll Daniel Ek, along with co-founder of TradeDoubler Martin Lorentzon. At Spotify, users can browse music by album, artist, genre, record label, or playlist and by direct searches. By the end of 2011, the catalog of Spotify had approximately 15 million songs and approximately ten million registered members who return at least once in a month. Spotify has about 3 million paid members who pay around $5 to $15 per month to access premium version features.