The idea of starting something like Greplin first crossed the mind of Daniel Gross, a 19 year old Israeli national, who took leave from Army duty and spent three months at Y Combinator, a seed-stage startup funding firm. According to Gross, he successfully created the code in just 48 hours during a breakneck session at the startup funding firm. 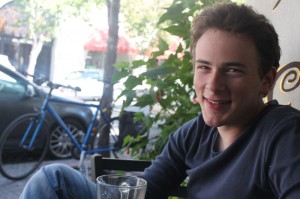 In February 2012, Daniel Gross, along with co-founder Robby Walker officially launched Greplin, a user-authorized search engine that can access Twitter, Facebook, Google Docs, SalesForce, and more. According to several reports, Greplin works faster than Google and it is much more than finding your own posts, email, and documents saved across various social networks and services. It can even search the documents and posts shared by your friends’ accounts. This is what makes Greplin unique and different than any other search engines in the world.

In an interview given to Christine Lagorio of Inc. Grossed confessed that he had raised an investment of $5 million which was sufficient to take his startup to the mainstream web world. Gross has never been to college and has no plans to attend one in near future.