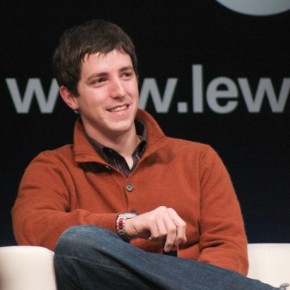 Dave Morin is Co-Founder and CEO of Path.Com, a Social Networking Website for Smartphone Devices. Path was launched in November 2010 and in less than a month, Google attempted to purchase it for an exorbitant $100 millions but Dave reportedly turned the offer down. After struggling for almost for one year to get people’s attention, he re-launched Path in 2011 and received huge success. Within one month, it has crossed the 2million download mark.

Dave was born and raised in Montana and grew dreaming about becoming a ski racer. He has a degree in Economics and Business which he received from the University of Colorado at Boulder. Whilst still at his college, he built a small Internet company named DM Design Studios. After finishing his studies, Dave worked at Apple in product and marketing department. Later, he played the primary role in creating the Facebook Connect feature, which is used by more than 7 million apps as well as websites, making it more social. Today, more than 800 million users use Facebook Connect per month via the internet, Android, and the iPhone.

In 2009, Fast Company ranked him 16th among the 100 Most Creative People in Business. In 2010, Business Insider ranked #74 on the Silicon Valley 100, TechCrunch as well as Founders Fund in Product Design honored him with the TechFellow Award. In 2011, Bloomberg Businessweek enlisted him under 30 Best Young Tech Entrepreneur.