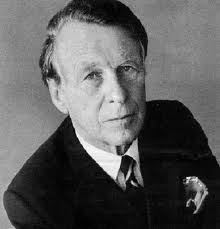 David Mackenzie Ogilvy, a renowned advertising executive, was named “the most sought-after wizard advertising industry” by Time Magazine in 1962 for his creative intuition and profound business insight and wisdom. He is best known as “The Father of Advertising” and the founder of the world’s largest advertising firms Ogilvy, and Benson & Mather’. He is also the author of the bestselling book “Confessions of an Advertising Man” which has been translated into 14 different languages with over a million copies sold worldwide. He was the first person to instill creativity, morality and honesty into the advertising world and make it livelier.

David Ogilvy was born on June 23, 1911 at West Horsley, Surrey in England to an Irish mother Dorothy Blow Fairfield and a classical scholar and a financial broker father Francis John Longley Ogilvy. He attended St Cyprian’s School, Eastbourne and later Fettes College, in Edinburgh on a scholarship. In 1929, he went to Christ Church, Oxford but he couldn’t accomplish much. In 1931, he moved to Paris where he worked as an apprentice chef in the Majestic Hotel for some time. About a year later, he returned to Scotland and started selling stoves door-to-door and made some good profit. Here, based on his experience in this field, he wrote an instruction manual ‘The Theory and Practice of Selling the AGA cooker, which was called to be the best and refined sales instruction manual ever written. Soon, Ogilvy he was hired as an accountant by a London advertising agency Mather & Crowther and sent to the United States for a year in 1938. He lived in New Jersey and worked for George Gallup’s Audience Research Institute, which helped him acquire in-depth knowledge on efficient advertising.

Finally in 1948, he founded New York based advertising agency Ogilvy, Benson, and Mather with just $6,000 in his account. At the initial stage, he struggled to get customers but gradually it became successful with his advertising ideology and advanced thinking. Today, the company has its presence in 120 countries with 450 offices and approximately 18,000 employees.

I do not regard advertising as entertainment or an art form, but as a medium of information.

First, make yourself a reputation for being a creative genius. Second, surround yourself with partners who are better than you are. Third, leave them go get on with it.

The best ideas come as jokes. Make your thinking as funny as possible.

In the modern world of business, it is useless to be a creative original thinker unless you can also sell what you create. Management cannot be expected to recognize a good idea unless it is presented to them by a good salesman.

“The consumer isn’t a moron; she is your wife.”

“If you ever have the good fortune to create a great advertising campaign, you will soon see another agency steal it. This is irritating, but don’t let it worry you; nobody has ever built a brand by imitating somebody else’s advertising.”

“First, make yourself a reputation for being a creative genius. Second, surround yourself with partners who are better than you are. Third, leave them to go get on with it.”