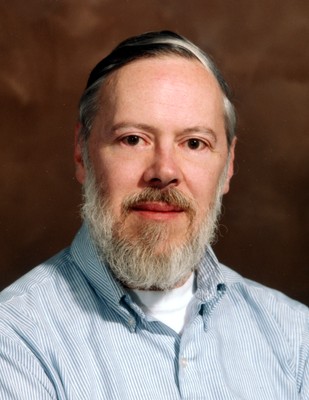 Dennis MacAlistair Ritchie, an American computer scientist and prime figure behind shaping the digital era, developed one of the most notable and widely used programming language C and UNIX operating system alongside his long-time colleague Kenneth Lane Thompson, who is also an American pioneering figure of computer science and creator of B programming language. Until, 2007, Ritchie was the head of Lucent Technologies System Software Research Department.

Ritchie was born on September 9, 1941 in Bronxville, New York. His father Alistair E. Ritchie was a renowned scientist at Bell Labs where Ritchie himself spent several decades after his university studies. Ritchie completed his school studies from Summit High School, New Jersey and graduated from Harvard University with degrees in applied mathematics and physics. He earned his PhD from Harvard in 1968 under the supervision of Patrick C. Fischer. Ritchie chose “Program Structure and Computational Complexity” as his subject of thesis.

Ritchie started working on C in the year 1969 at Bell Telephone Laboratory and finally published his work in 1973. Ritchie’s other notable works are ALTRAN, B, BCPL, C, Multics and Kenneth Lane Thompson’s significant works are Unix, B (programming language), Belle (chess machine), UTF-8, and Endgame tablebase

Dennis Ritchie along with Kenneth Lane Thompson received Turing Award in 1983; IEEE Richard W. Hamming Medal in 1990; Fellow of the Computer History Museum in 1997; National Medal of Technology On April 27, 1999; Tsutomu Kanai Award in 1999; and Japan Prize in 2011

On October 12, 2011, at the age of 70, Dennis MacAlistair Ritchie was found dead at his home in Berkeley Heights, New Jersey, where he would live alone. He died exactly a week after Steve Jobs and could not get much of media attention. The Washington Post quoted Paul Ceruzzi, an expert on the history of computers, saying “Ritchie was under the radar. His name was not a household name at all, but . . . if you had a microscope and could look in a computer, you’d see his work everywhere inside.”