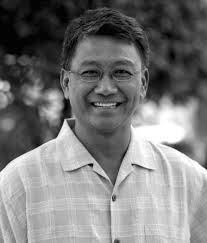 Filipino tech entrepreneur and engineer Diosdado P. Banatao is known as the founder of Tallwood Venture Capital and co-founder of three successful start-up ventures – Chips and Technologies, Mostron, and S3 Graphics. He is the man who transformed the computer industry by developing several semiconductor technologies. He is also regarded as a Silicon Valley Investor with profound sense of opportunities involving technology solutions for computing and communications.
Diosdado P. Banatao evolved from a very humble beginning. He was born on May 23, 1946 to a rice farmer and housekeeper in a small barrio in Cagayan Valley Province of Philippines. He remembers his tough days as a kid when he would walk barefoot along the dirt roads to reach school.

Upon completion of his B.S.E.E., cum laude, from Mapua Institute of Technology in the Philippines, he received a job offer at Meralco which he denied for undesired starting salary and preferred working as a pilot trainee at Philippine Airlines for getting much more than expectation. Later he was appointed as a design engineer by Boeing and sent to the Uniteed States where he enjoyed working as an engineer. He completed M.S in Electrical Engineering and Computer Science from Stanford University in 1972. He worked in many technology companies including National Semiconductor, Intersil, and Commodore International for whom he developed 16-bit microprocessor-based calculator. He made his significant discovery in 1981 while working in SEEQ Technology by developing the very first 10-Mbit Ethernet CMOS with silicon coupler data-link control and transreceiver chip and continued with some important discoveries.

Banatao has been honored and awarded for his significant contribution in technology that includes Asian Leadership Award in 1993, Pamana Ng Filipino Award and Master Entrepreneur of the Year Award in 1997 and many others. He has always emphasized on providing better education system to the youngsters for which he himself involved in doing charity work in the Philippines by awarding five educational scholarships to intelligent Filipino students for their bright futures in engineering and technology through his Dado Banatao Educational Foundation.

According to reports, Banatao’s net worth exceeds $5 billion.