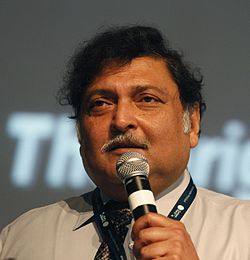 A polymath, scientist, educational researcher and speaker, Dr. Sugata Mitra is the Professor of Educational Technology at the School of Education, Communication and Language Sciences at Newcastle University and Chief Scientist, Emeritus, at NIIT. He is widely acclaimed for his creative experiment on effective children learning-‘The Hole in the Wall’. For over 3 decades, Sugata has dedicated his time experimenting and researching in the areas of Educational Technology, Cognitive Science, Information Science, Physics and Energy, engineering and software development.

Sugata Mitra is the winner of TED Prize 2013 ($1 million) and has been awarded the ‘Best Education Research Article in an Open Access Journal’ and the ‘Dewang Mehta award for innoavation in IT’ and has also been attributed with more than 25 cognitive science and educational technology inventions.

The Hole in the Wall Project

The “Hole in the Wall” experiment was launched in 1999 by embedding computers in the wall in slum areas to see how children interact with technology and learn things without any direct assistance of a teacher. It stimulated the curiosity among children and they learnt it through shared knowledge and self-instruction. Through his project, he has successfully proved that every individual and children can learn technology efficiently and effectively by themselves without any instruction.
His project transformed the lives of several slum and rural children and Arun Chavan is one of them who learnt computer by himself and now he is pursuing PhD in Evolutionary Biology at Yale University.

Sugata Mitra: Build a School in the Cloud