Valued between $6 and $10 billion, Dropbox is the most successful Y Combinator Startup till date. 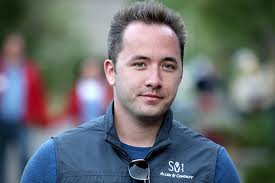 Drew Houston, the CEO and Co-Founder of an online backup and storage service Dropbox, has become one of the most successful entrepreneurs with personal net worth of $400 million US dollars. Dropbox serves a wide range of users including individuals, small businesses, event-organizers, and reputed companies such as Red Bull. It is available in English, French, Spanish, German, and Japanese. Dropbox offer free as well as premium services; under the free service, one is allowed to access up to 2 GB of storage, but premium users can access 50 GB of space for $9.99 per month or 100 GB for $19.99 per month.

Drew Houston was born in 1983 in Acton, Massachusetts. He attended the Massachusetts Institute of Technology as a computer science major. One day, While attending a lecture at MIT, he noticed that students would carry USB drives to bring their files or send email attachment; moreover, he experienced that the existing services would suffer the trouble with large files, Internet latency, and bugs which compelled him to think of finding out an easy solution. While sitting at a train station in Boston in early 2007 he began the initial coding and later teamed up with Arash Ferdowsi, an Iranian-American Alma mater of MIT who currently serves as co-founder and CTO of Dropbox. Together, they worked for almost three months in a confined office in Cambridge. Finally, they took the project to Y Combinator and raised the initial funding. Prior to Dropbox, Houston worked for some more start-ups including Accolade, an online SAT preparation portal and worked as an engineer for Bit9 and Hubspot.

Drew Houston has received huge appreciation for his accomplishments. He has been called to be the best young tech entrepreneur by Business Week and named among the top 30 under 30 enterpreneurs by inc.com. Dropbox has been named as one of the 20 best startups of Silicon Valley.