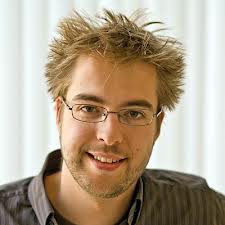 Open-source software programmer Dries Buytaert is among a handful of innovative and promising tech entrepreneurs who have revolutionized the tech world with their creative ideas. He is best known as the creator of Drupal (an open source CMS) which he developed while he was a student of computer science at the University of Antwerp. He designed Content Management System Drupal to make it easier for users to publish, manage, and organize their content on a Web site and issued it for free to the open source community. Ever since its first release in January 2001, Drupal has emerged as a powerful CMS with the expert hands and significant contribution of several developers. Today, it houses over 300,000 Web sites including Warner Brothers Records (TWX), Forbes, The Onion, Harvard University, Sony BMG Music Entertainment, and Amnesty International.

In 2007 Dries Buytaert teamed up with Jay Batson and together they founded Acquia, a commercial open source software company to offer product, services and technical supports for Drupal related services. The secret of his success in his words is “Make sure you have a solid business plan and you’ve done your homework and are passionate about what you are doing, and people will recognize your potential.”

Buytaert was called the “Young Entrepreneurs of Tech” by BusinessWeek in 2008 and was named as one of the top 35 innovators in the world under the age of 35 by the MIT Technology Review TR35. In 2012, he received the Entrepreneur Of The Year Award for New England by Ernst & Young.