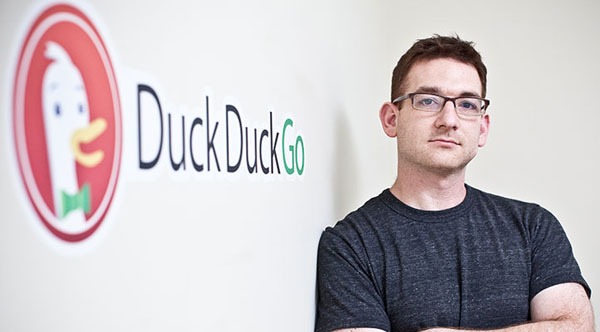 The rise of internet search engine DuckDuckGo has been warmly welcomed by the web-searchers who don’t want to be profiled or their search behavior or personal information to be tracked (as Google and other search engines do).
DuckDuckGo is strictly follows its private policy that doesn’t collect or share web searchers’ personal information. So on any given search query, it shows all its users the same search results. The search algorithm of DuckDuckGo is strictly based on fetching and compiling information from the best sources and not from the most sources. According to The Guardian’s report, DuckDuckGo is consistently growing getting up to four million queries every day in the beginning days of January 2014 with more than a billion queries in 2013. The Guardian also says that 7th January was the biggest and most significant day for DuckDuckGo with 4,452,957 record searches.

DuckDuckGo generates results after extracting and compiling information from other best sources including Yahoo!, Wikipedia, Bing, Search BOSS, Wolfram Alpha, and others and therefore it doesn’t rely on its own web crawler.

It was founded by Gabriel Weinberg, a serial entrepreneur who has founded several successful startups including NamesDatabase that was taken over by Classmates.com for $10 million in 2006. He completed his B.S. in Physics and an M.S. in Technology and Policy from MIT. In silicon valley, he is known as an angel investor and blogger.