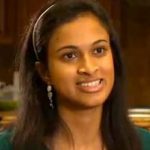 Eesha Khare, an 18 year old Indian-American teen from Saratoga, California, has been awarded the Young Scientist Award by the Intel Foundation for her wonderful invention – a tiny super-capacitor device that recharges a mobile within 20 seconds.

Khare is certain that in comparison to 1,000 cycles for conventional rechargeable batteries, her gadget can last for 10,000 charge-recharge cycles. Her inspiration for this groundbreaking invention of the energy-storage technology stemmed from her experience with her mobile whose battery would often go down. She’d feel irritated when her cellphone battery would go dead on the occasions she needed it the most.

According to the reports, the device has been tested only on an LED light, but it has been found that it certainly has a prospective of working efficiently in other devices including mobile phones. NBC News reported that this tiny gadget was capable of storing sufficient amount of energy in a minute space, and potentially charge within seconds that and last for a long time.