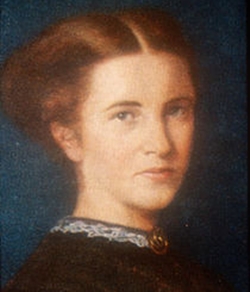 She was born on 9 June in 1836 in Whitechapel, London to Newson Garrett and Louise Dunnell. His father was a pawnbroker in London but by the time of her arrival her father managed to establish a corn and coal warehouse in Aldeburgh, Suffolk and soon it was doing fairly well. Elizabeth was a considerably good student and she made up her mind to become a doctor after meeting with the first female doctor in the United States Dr. Elizabeth Blackwell.

Elizabeth tried to take admission at several medical schools but failed to get into any one. Later, she enrolled as a nurse at Middlesex Hospital where she would attend lectures of and for male doctors but after sometimes she was prohibited from lecture class on complaints of male students. Finally in 1865, she managed her admission at the Society of Apothecaries after qualifying their examination. The society changed its regulation for women in this profession when Garrett successfully became a doctor. She started practicing in London.

She became doctor in the era when the significance of women were largely neglected in Britain. Somehow, in 1865, she managed to team up with her friends Barbara Bodichon, Emily Davies, Dorothea Beale, Bessie Rayner Parkes, and Francis Mary Buss and formed a discussion group ‘the Kensington Society’ for women. The same group gave a petition to the Parliament to grant women the right to vote; though the petition rejected but the group received considerable support from some renowned personalities.

In 1866, she founded a dispensary, which was later named after her Elizabeth Garrett Anderson Hospital, for women in London and in 1870 she became a visiting physician to the East London Hospital. Elizabeth was determined to have a medical degree in any possible way and so she went to attend the University of Paris after learning French. She successfully passed the required examinations and received the MD degree.
She openly campaigned for women to enter into medical profession and she succeeded in 1876 when the government brought an act that allowed women to enter this noble profession. In 1883, she was appointed as the Dean at the London School of Medicine for Women. In 1908 she became the first Mayor of Aldeburgh and the first Mayor and Magistrate in England.