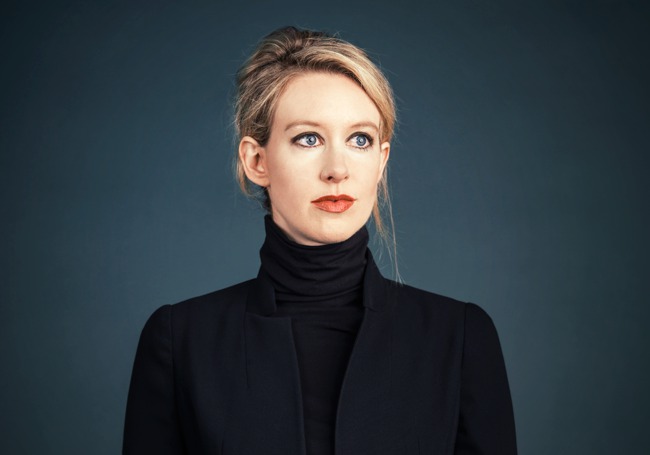 Does the very thought of sticking a needle in your arm scare you? Do you avoid getting your blood drawn out for medical tests that actually give you life-saving information? Well, you are not alone! A great percentage of people avoid getting the blood tests done because of their fear of needle and Elizabeth Holmes, who has revolutionized the blood testing method, was one of them. Her fear initiated her to make the traditional method of blood testing more convenient, faster and painless.

30 year-old Stanford dropout Elizabeth Holmes founded a health technology and medical laboratory services company ‘Theranos’ a decade ago with her tuition money. As a college sophomore, she envisaged an effective way of reinventing conventional phlebotomy and after years of hard work she came up with super fast formula. With her invention, patients don’t have to visit doctors for blood test which saves a lot of time and money. They can actually go straight to their physician with the painless testing performed on them by theranos labs. Moreover, hundreds of tests can be done with a few drops of your blood.
One can even keep a track on what is going on in your body at any point of time that means it enables you to keep yourself out of serious afflictions including heart diseases, cancer and diabetics.

In an interview with Wired, she says that “Regular testing will give you a better understanding of your own body and yourself, and accordingly you can change your diet and lifestyle together.”

All the tests performed at theranos are 50% cheaper than the standard Medicare and Medicaid compensation rates. Her website Theranos lists its prices online. According to an interview with Holmes on Wired, the company will save $202 billion over the next decade. As of 2014, the company offers 200 different tests and is licensed to provide their service in every state of the US.

Elizabeth Holmes was born in Washington, D.C. in 1984 to Christian Holmes IV, who worked in the US, Africa and China for government agencies and Noel, who worked as a Congressional committee staffer.

As a child she was inspired to study medicine and science by her multi-talented great-great-grandfather Christian R. Holmes, an engineer, a surgeon, inventor and a decorated World War I veteran. She took up medicine but she discovered her fear of needles. Inspired by her own fear she continued her studies and founded Theranos, for which she raised $400 million in venture capital. The company is now valued at $9 billion. Holmes owns 50% stakes of the company.

As of 2014, she has a total 84 patents in her name. She is the youngest self-made woman billionaire on the Forbes 400 list with estimated $4.5 billion worth.