“Failure is an option here. If things are not failing, you are not innovating enough.” Elon Musk 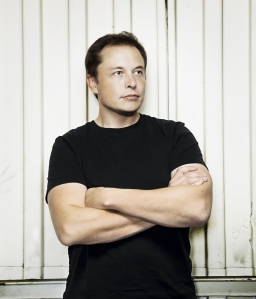 Elon Musk is a South Africa-born American inventor, engineer and serial entrepreneur who co-founded online payment and money transaction service PayPal in 1998, Silicon Valley-based Company Tesla Motors in 2003, and a space transportation company Space Exploration Technologies in 2002. Currently, he serves as the the CEO and Chief Designer of Space Exploration Technologies (SpaceX), Chairman of SolarCity and CEO and Product Architect of Tesla Motors.

Elon Musk was born on 28 June 1971 in Pretoria South Africa to a South African engineer Errol Musk and a Canadian-born New York City dietitian mother Maye. His interest and love for computer engineering and space technology was initiated by his father and he started leaning programming at the age of ten. In less than two years he developed a space game called Blaster that he sold for $500.

In 1987, Elon moved to Canada at the age 17; and in 1992, on completion of his study from Queen’s University, he moved to the United States. He enrolled at the University of Pennsylvania on full scholarship to study business and physics. He completed an undergraduate degree in economics and second year in Physics from the Wharton School of the University of Pennsylvania. After receiving degrees, he directly plunged into the question “what are the most important problems that would most affect the future of humanity” (the Internet, clean energy, and space that he found out later).

Elon Musk has also done considerable philanthropic works: He founded the Musk Foundation to focus on clean energy, aerospace, science, education and pediatric health. He supports and promotes renewable energy technologies through the X Prize Foundation. In 2012, he has joined The Giving Pledge, a philanthropic campaign that encourage wealthiest people to contributed most of their fortune to philanthropic causes.

Elon’s contribution has earned him several awards and honors: In 2010, he was listed in the Time Magazine’s 100 people who most affected the world in 2010. In 2011, he received $500,000 Heinlein Prize for Advances in Space Commercialization, and in the same year he was in Forbes’ list of the “America’s 20 Most Powerful CEOs Under 40”. He was awarded the National Space Society’s Von Braun Trophy in 2008 for his significant achievement in space.