For over 25 years, Enercon has been promoting green energy through 19,000 wind turbines in more than 30 countries worldwide. 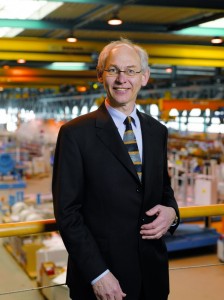 Born in windy northern Germany, Aloys Wobben grew up exploring water and wind. He was highly fascinated by the ways they moved things and impacted daily lives. As a kid, he would fly kites and had a huge collection several wind toys. On completion of school studies, Wobben attended the University of Osnabrück and studied electrical engineering. Later, he enrolled at Technische Universität Braunschweig as a research student and focused on inverter technology as well as renewable energy. In 1975, Wobben and his friend Meinhard Remmers created their first wind turbine which was capable of generating 22 kW electricity.

Enercon
Wobben founded Enercon in 1984 and created his first wind turbine in his backyard. The company wasn’t an instant success and he continued experimenting with new things and working with three employees for the next couple of years. According to Wobben, selling a wind turbine was the most difficult task of his business and that it him over a decade to start making profit. In 1992, Enercon started producing non-polluting wind turbines, ENERCON E-40 / 500 kW, without gears or hydraulics and success started pouring in. The new technology was more durable and had few rotating components which ensured friction-free energy production and significantly reduced operating and maintenance costs.
As of now, Enercon has installed over 19,000 wind turbines in more than 30 countries worldwide.

Awards and Recognition
Famous as a green entrepreneur, Wobben has received several awards and appreciation letters.
In 2000, the German Federal Environmental Foundation awarded him with the German Environmental Award. In 2006, he received an Honorary Doctorate from the University of Kassel. In 2008, the German Institute for Inventions awarded him with the Rudolf Diesel Medal for his contribution in wind energy.
According to Forbes Magazine, as of March 2012, the net worth of Aloys Wobben stands at $2.3 billion and he is 33rd richest man in Germany.