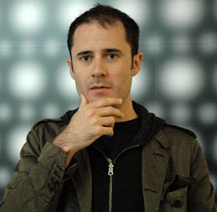 Evan Williams is an American serial entrepreneur who has founded and co-founded many Internet companies including Pyra Labs in 1999, a podcasting company Odeo in 2004, San Francisco based web media incubator Obvious Corp in 2006 and many other. He is widely known as the creator of one of the most popular blogging platforms Blogger, which was created by Pyra Labs in 1999 and taken over by Google in 2003. He also contributed to the development of Twitter along with Jack Dorsey as a project of Obvious Corp. Later, in 2007, it evolved as a new company where he was appointed as CEO. But in 2010, he left his position as CEO from the company.

Evan Williams was born and grew up on a farm in Clarks, Nebraska. He studied from the University of Nebraska for a year and a half and dropped out to move forward with his career. He served at various technology jobs and start-up companies in Dallas, Key West, Texas, Austin, and in 1996 he went to Sebastopol, California in Sonoma County to work for O’Reilly Media, a technology publishing company, in its marketing department. Later, he himself became a contractor for writing computer codes and worked with popular companies like Intel and Hewlett-Packard.

In 2003, MIT Technology Review TR100 called Williams one of the top 100 innovators in the world under the age of 35, in 2004 PC Magazine enlisted him in it list of “People of the Year” for his contribution to Blogger.