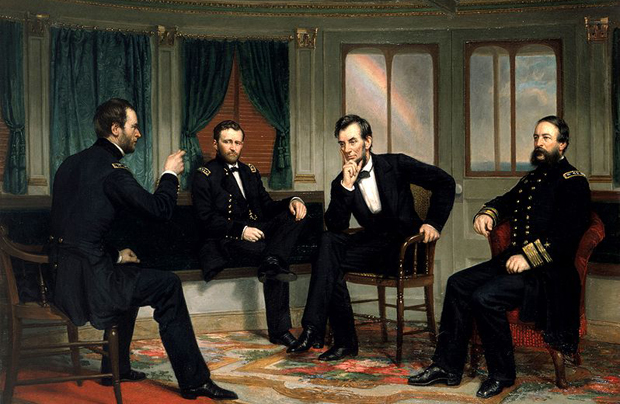 “We can complain that rose bushes have thorns, or we can rejoice that thorn bushes have roses.” Abraham Lincoln

“The probability that we may fall in the struggle ought not to deter us from the support of a cause we believe to be just; it shall not deter me.” Abraham Lincoln

Abraham Lincoln, the 16th President of the United States, failed several times to finally win. When he was young he went to the Black Hawk war as a captain and returned as a private. He then tried his hand in some businesses but failed with huge debts and his possessions were seized by the sheriff.
Lincoln was very unpopular because of his different perspective from many other government officials and he was defeated in his first attempt for legislation, his first attempt for nomination of congress also resulted into rejection.
After failure, he started practicing law in Springfield, but his impractical decisions didn’t let him go ahead further. His consistent failures discouraged him and he once again attempted to return to politics in 1854. He was again defeated in his attempt to becoming the member of Senate in 1855, vice-presidency in 1856 as well as in the senatorial election of 1858. After one year, in 1859, he ran again for the Senate and was defeated.

Being discouraged, helpless and frustrated, he wrote a note to his friend, “I am now the most miserable man living. If what I feel were equally distributed to the whole human family, there would not be one cheerful face on the earth.” Then, in 1860, Abraham Lincoln was elected President of the United States. He was an incredible human being, advocate for democratic rights, greatest president of United States and one of the most influential persons in modern history.