“The air is where I am at home.” Felix Baumgartner 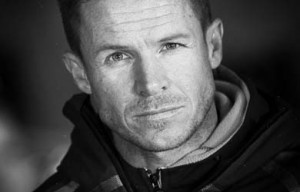 This certainly is one of the most swashbuckling daredevil tales mankind has ever witnessed or heard.
Felix Baumgartner, Popularly known as Fearless Felix, has successfully landed on Earth after a 39-Km jump from the stratosphere. A jump that has been marked as the world’s first ever supersonic skydive.

According to reports, it took Baumgartner about 10 minutes to reach the surface of earth (the eastern New Mexico desert) after taking a leap from his capsule 128,097 feet, or roughly 39 km, above Earth from Stratosphere. His capsule was lifted to the altitude in a helium-filled, 55-story-high balloon. The mission was named “Red Bull Stratos” and was being prepared for the past 4 years.

Felix Baumgartner was born on April 20, 1969 in Salzburg, Austria. He grew up dreaming about skydiving and flying helicopters and was deeply inspired by watching astronauts on Television. He attempted his first skydive at the tender age of 16 and ever since has broken several world records. Prior to becoming a professional skydiver, he worked with the Special Forces demonstration team of the Austrian military and sharpened his skydiving skills. For several years, he had to repair motorcycles to support himself and his passion.

“Everyone has limits, but not everyone accepts them.”

“We want to push mankind’s boundaries out a little further.”

“It feels great to be on top of the world but the greatest feeling is when your feet are on the ground.”

“It goes to show there are still challenges to overcome and you should never lose sight of trying to achieve them.”

“I love a challenge, and trying to become the first person to break the speed of sound in free fall. It is a challenge like no other.”

“If something goes wrong, the only thing that might help you is God.”

“Sometimes you have to get up really high to know how small you are.”

“I know the whole world is watching now. And I wish the world could see what I can see. Sometimes you have to get up really high to understand how small you really are. I’m going home now.”

“When you’re standing there on top of the world you become so humble… The only thing is you want to come back alive.”