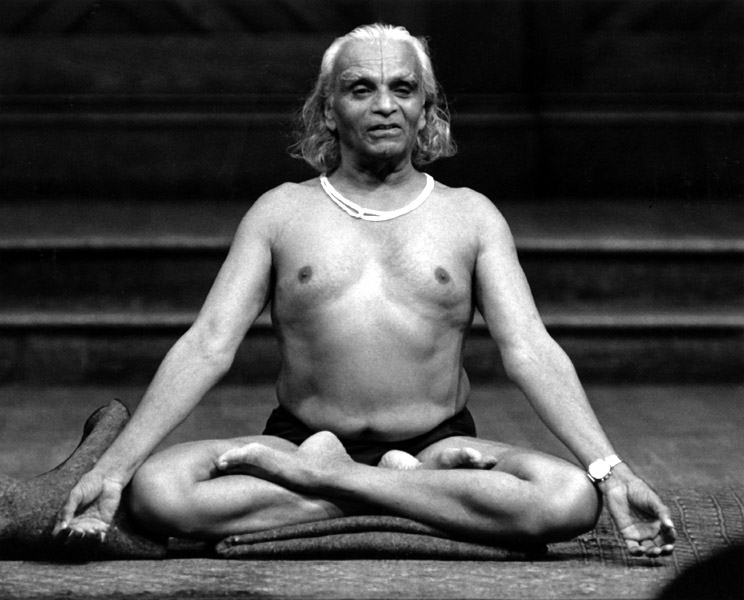 Bellur Krishnamachar Sundararaja Iyengar, popularly known as BKS Iyengar passed away on 20th August at the ripe age of 96, leaving a great legacy in the world of Yoga and self-regulation.
Iyengar began practicing yoga at the age of 14 in order to improve his own health. At the age 16, his yoga guru T. Krishnamacharya sent him out into the world to start his journey as a yoga teacher. He was the first yoga teacher ever who taught yoga in groups. He wrote 14 books and his seminal book, Light on Yoga, has been translated into 18 languages. Iyengar couldn’t have imagined the kind of impact his yoga teachings would have all over the world. His teachings transformed yoga from an esoteric spiritual practice to a global phenomenon and one of the most popular forms of exercises practiced in the Western World.

Below are some of his most notable quotes:

2. “You are a spark of divinity; you can realize it through your body.” ― B.K.S. Iyengar

3. “The union of nature and soul removes the veil of ignorance that covers our intelligence.” ― B.K.S. Iyengar

4. “Asanas maintain the strength and health of the body, without which little progress can be made. Asanas keep the body in harmony with nature” ― B.K.S. Iyengar

5. “If we become aware of our limitations and compulsions, we can transcend them.” ― B.K.S. Iyengar

6. “Breath is the vehicle of consciousness and so, by its slow measured observation and distribution, we learn to tug our attention away from external desires toward a judicious, intelligent awareness.” ― B.K.S. Iyengar

7. “By drawing your senses of perception inward, you are able to experience the control, silence, and quietness of the mind.” ― B.K.S. Iyengar

8. “True concentration is an unbroken thread of awareness.” ― B.K.S. Iyengar

9. “Yoga is about the will, working with intelligence and self-reflexive consciousness, can free us from the inevitability of the wavering mind and outwardly directed senses.” ― B.K.S. Iyengar

10. “When we free ourselves from physical disabilities, emotional disturbances, and mental distractions, we open the gates to our soul.” ― B.K.S. Iyengar

11. “Action is movement with intelligence. The world is filled with movement. What the world needs is more conscious movement, more action.”
― B.K.S. Iyengar

13. “Do not stop trying just because perfection eludes you” ~ B.K.S Iyengar

14. “You do not need to seek freedom in a different land, for it exists with your own body, heart, mind, and soul.” ― B.K.S. Iyengar, Light on Life

15. “As animals, we walk the earth. As bearers of divine essence, we are among the stars. As human beings, we are caught in the middle, seeking to reconcile the paradox of how to make our way upon earth while striving for something more permanent and more profound.” ― B.K.S. Iyengar